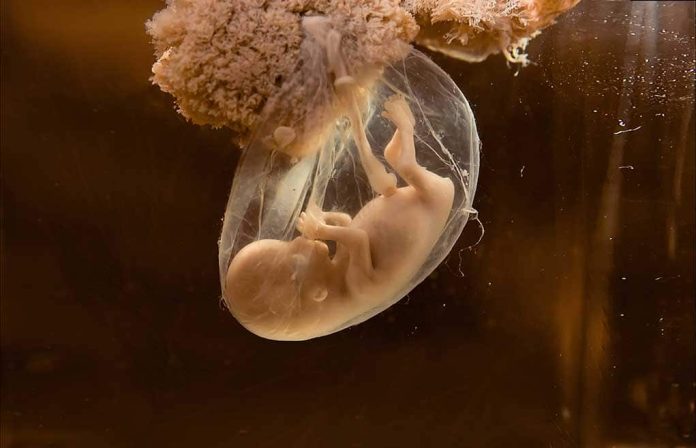 (RightWing.org) – Shocking new evidence reveals government-sponsored research on human fetuses is being carried out at the University of Pittsburgh – and Planned Parenthood is trafficking the test subjects, according to David Daleiden, the founder of the Center for Medical Progress.

The Center for Medical Progress released a detailed new video documenting shocking government-sponsored experiments on aborted human fetuses at the University of Pittsburgh, and the local Planned Parenthood’s participation in the fetus trafficking.
https://t.co/BI9KWw1isW pic.twitter.com/8xcw8V8HK0

On May 3, Daleiden testified before the Pennsylvania House about the latest abortion scandal, and his findings are not for the faint-hearted. Daleiden says the University of Pittsburgh is carrying out a range of gruesome experiments, including scalping five-month-old fetuses and grafting the scalps onto lab rats. According to him, one researcher at the school has developed a new technique for harvesting liver tissue from late-term fetuses delivered ALIVE to his laboratory. He asserts the university is also shipping fetal kidneys to other labs around the US.

Worst of all, Daleiden says Pitt seems to be running a potentially illegal quid pro quo with the local branch of Planned Parenthood. The university sponsors PP’s activities in Pennsylvania; in return, the state’s abortionists supply Pitt researchers with aborted infants. And then, according to Daleiden, Dr. Fauci’s National Institute of Allergy and Infectious Diseases (NIAID) pays them to carry out their brutal experiments.