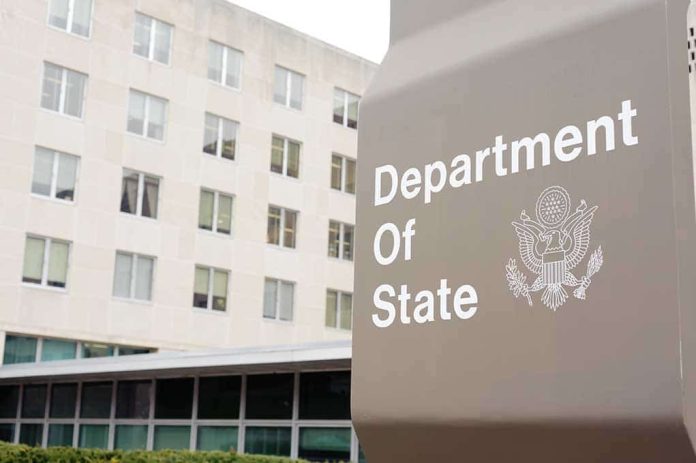 (RightWing.org) – The Taliban has brutally repressed the Afghan people, sheltered Osama bin Laden, fought a 20-year insurgency against the US and its allies and even destroyed historic monuments like the ancient Bamiyan Buddhas. They have so many crimes to account for already, surely it will be a while before anyone works their way down to their record on gender equality, right? Oh wait, here comes the State Department.

On September 7, a State Department spokesman released a statement reacting to the Taliban’s official announcement of government positions. US diplomats said they were concerned there are no women in the extreme Islamist group’s new government. How this came as a surprise is a mystery. After all, the last time the Taliban was in power, women weren’t allowed to leave their homes unless a male relative accompanied them.

Epitome of Embarrassingly Naive Wokeness: The State Department asking Taliban to pretty please include women in their new reign of terror. pic.twitter.com/23vwgSYDH8

Nevertheless, the spokesman complained, “We have made clear our expectation that the Afghan people deserve an inclusive government,” even though the Biden administration’s ability to influence Afghanistan’s government evaporated when the last troops left Kabul on August 31 — if not before. The Taliban say they’re more moderate than they used to be, but journalists and relatives accused them of murdering a pregnant police officer in front of her family last week.

Why would anyone, even the State Department, expect “inclusivity” from people like that?