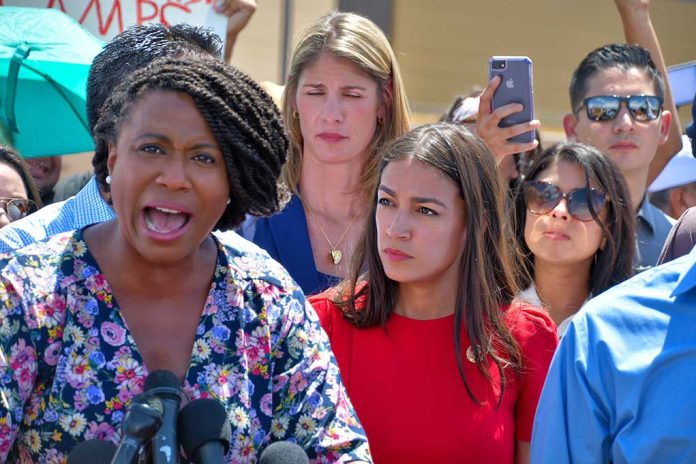 (RightWing.org) – The so-called “Squad” of far-left Democrat congresswomen have all been vocal supporters of the Defund The Police movement. Of course, it’s easy to say we don’t need cops when the taxpayers are funding your private security.

On April 19, the Daily Caller released Federal Election Commission records that show the Squad spending tens of thousands of dollars a month on private security – from their taxpayer-funded expenses. This year alone, just four congresswomen have managed to burn almost $70,000 on their own security while trying to take yours away.

According to a new Report: ‘The Squad’ Spent Thousands On Private Security While Demanding Police Be Defunded

So the squad wants to defund your police as long as they get to keep their own armed security— they sure do live like leftists, huh?

Representative Alexandria Ocasio-Cortez (D-NY) is the worst offender. Since January, she’s been paying $3,000 a month to a private security company in Brooklyn, NY. On top of that, she spent another $28,000 for extra security services in January and almost $2,500 in February.

Fellow radical Ilhan Omar (D-MN) has also spent more than $3,000 on security services this year. Ayana Pressley (D-MA) handed out close to $4,200 on protection, while Squad newcomer Cori Bush (D-MO) has blown an eye-watering $30,000 on security over the last three months.

The “Squad” is spending vast amounts of taxpayers’ money to protect themselves. Ordinary Americans can’t do that. We rely on the cops and our own guns – and the Left would prefer to strip us of both.