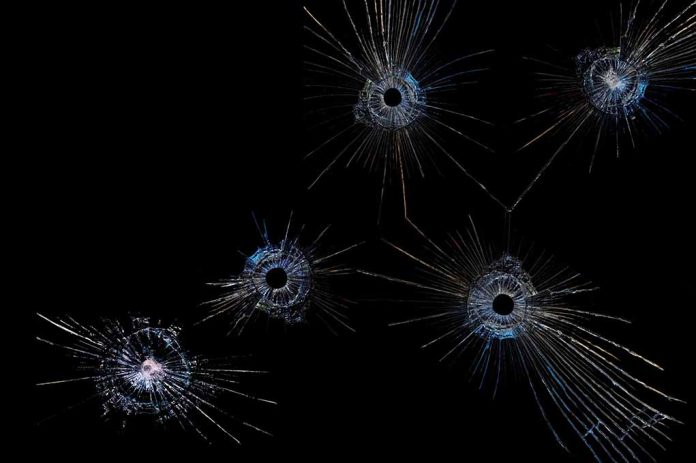 (RightWing.org) – Progressive “squad” member Rep. Cori Bush (D-MO) drew significant heat in August 2021 when she admitted to paying a private security company $200,000 but said she still supported defunding the police. As it turns out, Bush may need both the police and her security detail, considering the current bullet-riddled state of her car.

St. Louis media outlets recently exploded with the news an unknown person(s) sprayed her car with gunfire in the early morning hours of Saturday, January 22. Her spokesperson, Jack Besser, confirmed the incident, adding the lawmaker wasn’t in her car at the time.

Local NBC-affiliate KSDK reported an anonymous source said police officers uncovered evidence someone tampered with other vehicles in the vicinity of Bush’s car around the same time as the gunshots struck it.

Bush released a statement a few days later on her Twitter account. She said although no one sustained any injuries, “gun violence shakes [one’s] soul.” She added no one should live in fear, and that’s why her movement is working to “keep every neighborhood safe.”

I'm touched by everyone who has reached out. Thankfully no one was harmed.

But any act of gun violence shakes your soul.

That's why our movement is working to invest in our communities, eradicate the root causes of gun violence, and keep everyone safe. https://t.co/AZHLUwiN6O

Bottom line: defunding and vilifying the police is the last thing Americans need during a nationwide surge in crime. Hopefully, incidents like this will serve as a wake-up call for Bush and her so-called movement.