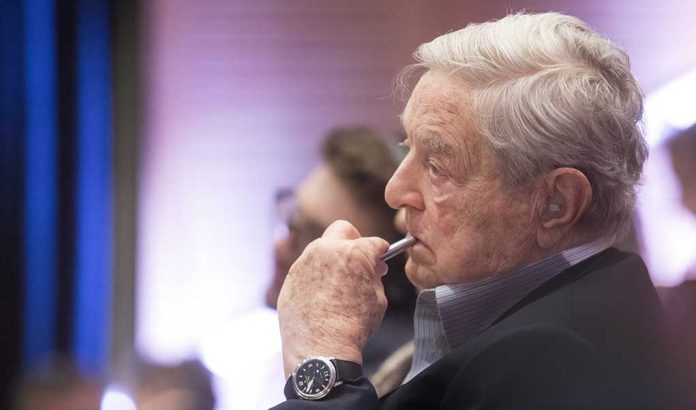 (RightWing.org) – Fox News has deleted a cartoon of billionaire investor and activist George Soros, following pressure from the Anti-Defamation League (ADL). The organization is accusing Fox of anti-semitism, but is it really just Soros using his influence to protect his own reputation?

On December 15, the Fox News Instagram account removed a cartoon showing Soros as a puppet master pulling the strings of anti-police activists. The cartoon promoted an article about how crime is surging in cities run by politicians who take a permissive approach to rioting and looting – and who are funded by donations from Soros. It’s a legitimate discussion about a serious issue affecting many Americans. However, the ADL claimed showing a Jewish person as a puppet master “conjures up longstanding antisemitic tropes” and demanded its removal.

Fox News has since deleted its Instagram and Facebook posts portraying George Soros as a "puppet master" after the Anti-Defamation League called the network out on Wednesday.https://t.co/p5qBN5VbBV

The cartoon doesn’t break any actual laws, but nevertheless, Fox caved within hours and deleted it. Ironically, the ADL’s demands just make the cartoon’s points by highlighting Soros’s influence. In fact, the ADL has a whole web page devoted to labeling any criticism of Soros as antisemitism.

Using claims of racism to silence opposing views is a common left-wing tactic. It’s so common “playing the race card” has become a cliché. Unfortunately, it’s a tactic that works. People are so terrified of any accusation of racism, even blatantly false ones, their immediate response is to back down. Now the tactic has worked again.