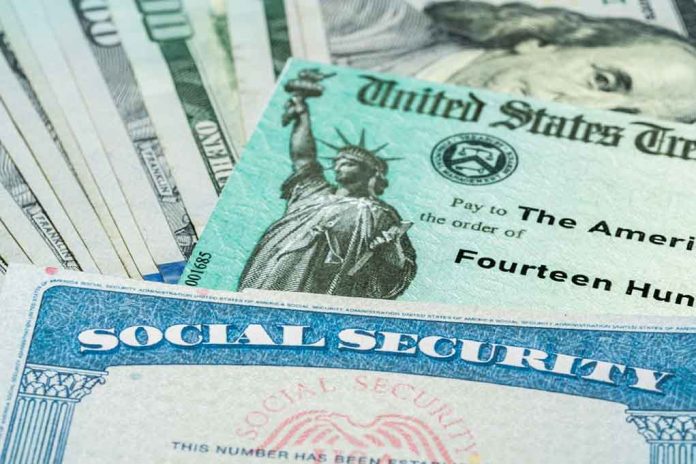 Tragic DISCOVERY For Social Security – It Changes Everything

(RightWing.org) – The US Bureau of Labor Statistics released its latest Consumer Price Index (CPI) report on May 11. The CPI for all urban consumers increased by 0.3% in April and 8.3% for the year. In addition, a new report by a nonpartisan advocacy group broke down what current inflationary figures mean for America’s aging citizens.

On Wednesday, May 11, The Senior Citizens League (TSCL) issued a nine-page update to its ongoing Social Security Loss of Buying Power Study. Mary Johnson, the author of the study, reported that Social Security benefits suffered a stunning loss of 40% of its buying power since 2000. According to Johnson, that figure represents the largest drop since TSCL began its research project.

Inflation has eroded 40% of Social Security's purchasing power since 2000https://t.co/TUkFFcoBJp

Additionally, the study determined the buying power of Social Security benefits decreased by 10% during the 12 months ending in March 2022. According to the TSCL’s analysis, this represents the group’s largest recorded year-on-year decline.

Making matters worse, Johnson estimated Social Security beneficiaries can expect to receive an annual cost of living adjustment of only around 8.6% in 2023, based on the Labor Department’s latest CPI figures.

Putting the study in context, Johnson determined that Social Security COLAs have increased 64% since 2000. However, typical expenses increased by roughly 130% for the 22-year period ending in March 2022.