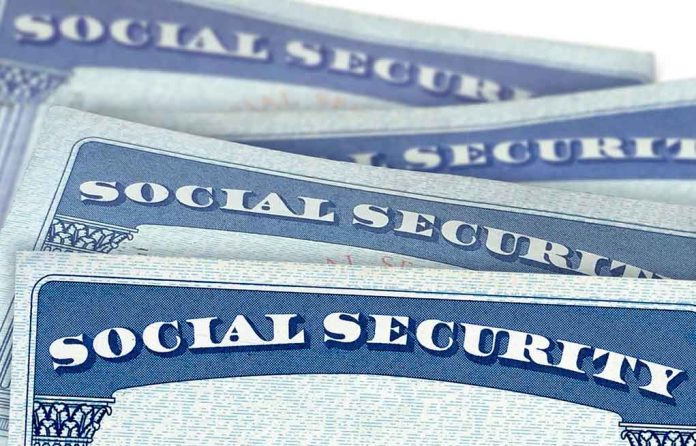 (RightWing.org) – The Social Security Administration has been adjusting its benefit payouts relative to inflation since 1975. It computes the annual Cost of Living (COLA) increase for the following year using the three-month average of a measure of inflation for workers and wage earners called the Consumer Price Index (CPI-W) beginning in July. While it’s too early to predict the exact raise for 2023, experts are already weighing in the possibilities.

On August 10, 2022, the US Bureau of Labor Statistics released its latest Consumer Price Index Summary. The CPI-W rose by 9.1% for July, a slight decrease from June’s 9.8% increase.

Based on those figures, some experts project the 2023 COLA could reach its highest level since 1981 when it hit 11.2%. Putting that in context, the increase has averaged a paltry 2.4% since 2000.

"Based on the latest numbers, analysts at the Senior Citizens’ League calculate that the next COLA for Social Security is likely to come in at 9.6%, equal to an extra $159 a month for a beneficiary on an average benefit of $1,656 per month." https://t.co/zGiWl3QG6v

Below is a sampling of projections of the 2023 increase from leading groups and entities.

➡️Meanwhile, we estimate the #SocialSecurity cost-of-living adjustment (COLA) will be 9.9% if inflation continues its trend through Q3, and will still be as high as 8.9% even w/ no more inflation. pic.twitter.com/F482O99Szu

The Social Security Administration is expected to announce its COLA increase on October 13, shortly after the release of September’s CPI-W figures. For additional information regarding the cost of living adjustment, you can visit the administration’s website at www.ssa.gov/oact/cola/latestCOLA.html.