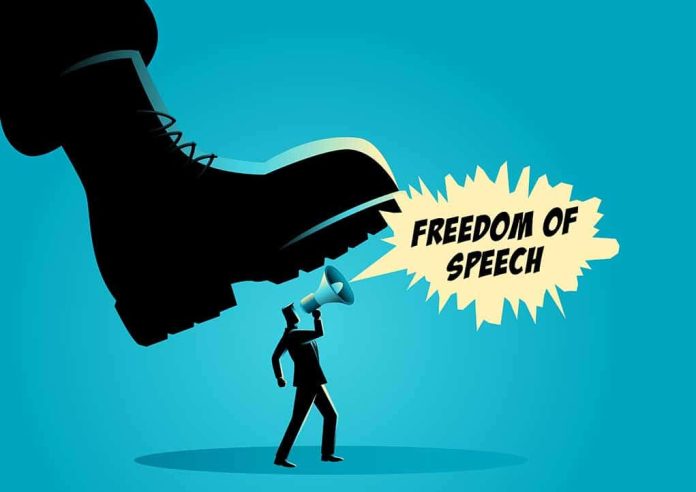 (RightWing.org) – A former soccer player has been sacked from his job as one of the game’s top officials after daring to have his own opinions. It seems that when it comes to the controversial practice of “taking a knee,” no dissent is allowed.

On February 28, the US Soccer Federation announced it was firing Seth Jahn, a member of its Athlete’s Council. Jahn’s “offense” was to call on Federation members to vote against allowing players to kneel during the national anthem before games.

Statement from the Athlete Council regarding Seth Jahn. pic.twitter.com/lYhsdn9BZu

Until last summer, the Soccer Federation insisted that players respect the flag and anthem. The Federation repealed the rule in June 2020, but the repeal had to be confirmed at the annual meeting last Saturday. Jahn, an Army Special Forces veteran who apparently believes that free speech is still a thing, urged fellow members to maintain respect for the flag, the anthem, and the men who fought for the country. In response, the next day, the Athlete’s Council said it had removed him for “harassment” and for holding opinions that “go beyond the realm of what is appropriate or acceptable.” Another name for “unacceptable opinion” is “thoughtcrime.” The date on the banner might say 2021, but here, in “woke” America, it’s really 1984.