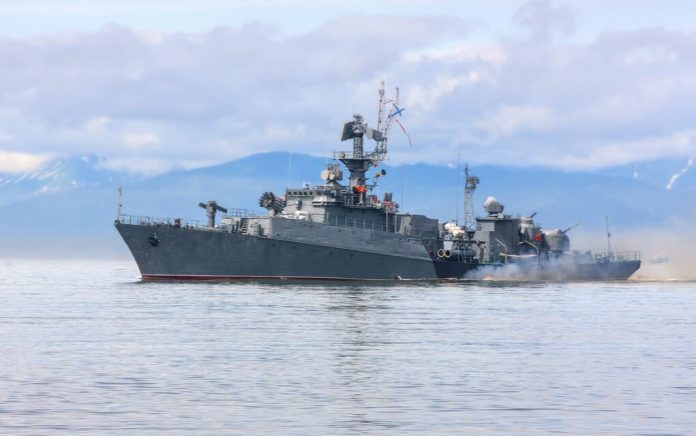 (RightWing.org) – On Monday, Russia’s ambassador to Iran announced that the two countries and China are planning a joint naval exercise. It seems like an obvious attempt to increase pressure on President Biden over the Iran nuclear deal, but does it stand any chance of working?

Talking to the Moscow-run RIA news agency on February 8, Ambassador Levan Dzhagaryan said Russia, Iran, and China plan to repeat a 2019 joint exercise in the Indian Ocean. The goal is clear: to intimidate the US into rejoining the flawed Iran nuclear deal without insisting the rogue state actually comply with the rules. Biden has already shown weakness by withdrawing the USS Nimitz supercarrier battle group from the region; now, it looks like Russia and its allies aim to present themselves as the dominant power in the area.

#Russia plans to hold joint naval drills with #Iran and #China in the Indian Ocean later this month, the RIA news agency cited Moscow's ambassador to Tehran as saying on Monday.https://t.co/JSX2KRQSMc

However, the actual power the three countries can project outside their own coastal regions isn’t impressive. The December 2019 exercise only involved two real warships: a Chinese missile destroyer and a Russian frigate. Two Russian support ships and a handful of Iranian corvettes accompanied the larger vessels, but their total combat power was half that of a US carrier escort – and dwarfed by the carrier itself. This drill is a public relations stunt, not a meaningful change in the military balance.