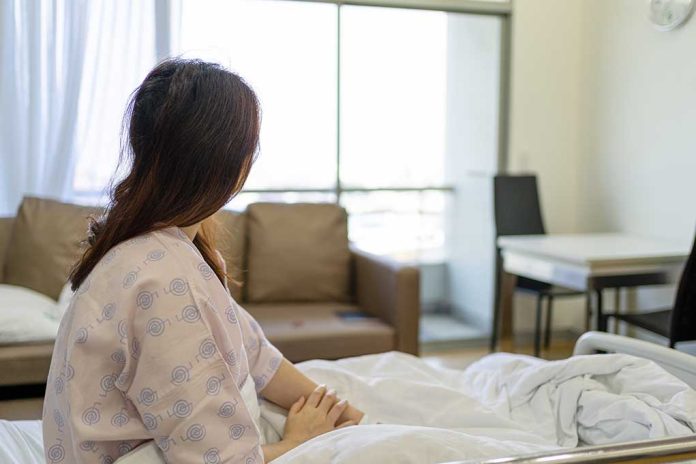 (RightWing.org) – A Canadian charity is planning to evict sick children and their parents if they don’t get the COVID-19 vaccine by the end of this month. Ronald McDonald House says the brutal decision was made to protect other residents.

Ronald McDonald Houses in British Columbia and Yukon, Canada, plan to evict child cancer patients and their parents if they don’t get the COVID-19 shot by the end of January. Despicable. https://t.co/bck2yNw8Ll

Ronald McDonald House (RMH) is an Illinois-based charity that focuses on supporting sick children and their families. The organization runs 368 houses worldwide, providing a place to stay for families who want to be near their child’s hospital. Now, two of the organization’s Canadian branches say they’re going to evict any residents who aren’t vaccinated against COVID.

On January 12, Aaron Furgason, whose 4-year-old child is in hospital with leukemia, posted a video to social media that showed him discussing the new rule with the manager of the RMH in Vancouver, British Columbia. In the video, the manager claims the move has been taken to protect everyone in the house. Furgason disputes this, pointing out that vaccinated people can still spread COVID.

The charity isn’t backing down, though. Canadian journalists have obtained a copy of a letter from RMH British Columbia and Yukon which says the vaccine mandate takes effect on January 17 and anyone who hasn’t been vaccinated yet will have until January 31 – just two weeks away – to get at least one shot. And if they don’t, they’ll be turned out of the house into a Canadian winter.