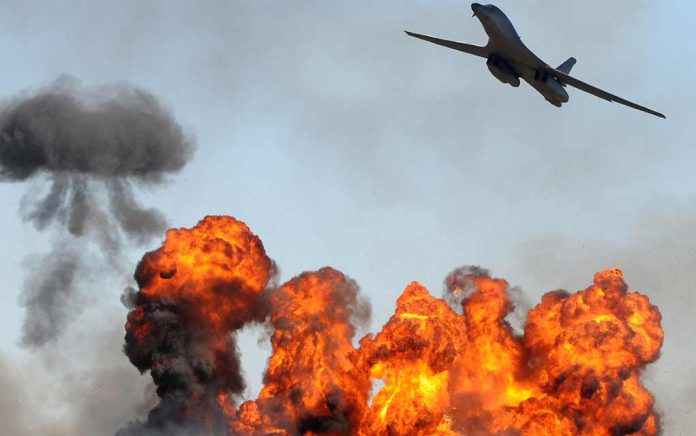 Airstrikes have changed how countries wage war since their introduction in the Italo-Turkish War in 1911. Of course, technology has only improved their deadliness over the last century. Now, military drone attacks are a staple of modern warfare. They keep our soldiers out of the line of fire, which is great, but there’s also a lot of controversy surrounding them. Should the government be required to report ALL airstrikes?

Why a Simple Yes Might Not Be so Simple:

We bring the question up in light of Trump’s recent decision to overturn an Obama-era executive order which required the director of national intelligence to release a publicly-available report every year on May 1. The report lists the total U.S. airstrikes used outside of specific major conflict zones. Military airstrikes are included in other official reports.
In years past, strikes carried out by all government agencies were listed in the unclassified report mandated by Obama, not just the military ones. The CIA is the only government organization known to use air strikes to date — they’re still active in Pakistan in Syria. Some experts claim this piece of legislation was the primary source of information on CIA drone strikes.
The Trump administration’s justification for overturning the executive order? They claim it created redundancy in reporting requirements. The administration worries about excess government oversight and wasted resources that could be allocated to more important endeavors.
Critics aren’t on board. The administration failed to make their report last year. They believe Trump doesn’t want non-military strikes to be public knowledge. Additionally, Obama’s legislation covered airstrikes that aren’t included in standard military reports.

Poll: Should the Government Report All Airstrikes?

Information is vital in counterterrorism operations. Military strikes are already accounted for. Should the government disclose all airstrikes to the public?