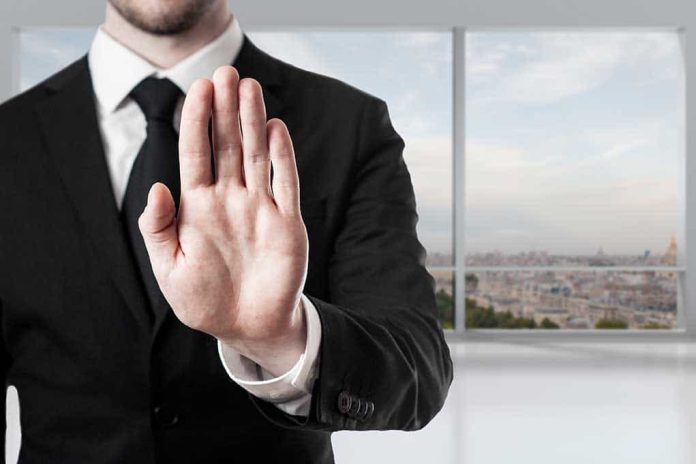 (RightWing.org) – During Barack Obama’s two terms as president, GOP leadership in both the House and Senate made it a priority to do all they could to halt the president’s liberal agenda. They were outspoken and upfront that they wanted Obama’s plans to fail. At the time, it was the farthest Left agenda the country had seen since President Lyndon B. Johnson’s Great Society movement of the 1960s. However, there were major distinctions.

LBJ fought a crusade to end poverty and improve America’s public works and transportation systems. Obama’s presidency was a crash course introduction into social justice priorities and government intrusion into the everyday lives of Americans through healthcare and massive federal regulations.

Obama routinely referred to Republicans as obstructionists, and voters rewarded the GOP up and down the ballot. Not only did the GOP win historic victories in the House in 2012, but the GOP also chipped away at the Senate and won it back in 2014. Compounding the Democrats’ problems, they controlled 27 state legislatures in 2009. By 2016, Democrats only controlled 13 statehouses and lost 13 governorships.

So, should the GOP wear the obstructionist moniker in 2022 and beyond?

If the eight years of Obama suggest anything, it might not be bad for the GOP if Democrats label them obstructionists. In fact, if Democrats try that tactic, it could be a Godsend. Let’s take a look at why it might not be the hopeful way forward for Democrats as their far-left agenda clashes with the majority of Americans.

In January, Gallup released a poll that showed America isn’t changing as Democrats would like us to believe. Liberals still make up the smallest segment of voters at 25%. Conservatives made up 36% of the electorate, and moderates 35%. By themselves, conservatives hold an 11 point advantage. However, if moderates are added, it jumps to a 47% advantage over Liberals.

That could help explain why the polls got a Democratic landslide wrong in the 2020 election. Republicans were expected to lose seats. Instead, not only did they not lose a single seat, they picked up seats to give House Speaker Nancy Pelosi (D-CA) one of the narrowest majorities in nearly a century.

Finally, in a June 7 Rasmussen poll, only 37% of the country believes the US is headed in the right direction. That number was down five points from the previous week and has been in slow decline since January.

Obstruction May Be Exactly What the Majority of Voters Want

Since Biden’s inauguration, Democrats threatened the election system, divided America over racial rhetoric, and tried to use infrastructure to implement the Left’s agenda instead of rebuilding America’s aging roads, bridges, water supplies, and transportation hubs. For their efforts, the GOP may force Democrats back to moderation. If so, that’ll cause a rift in the Democratic Party that is already dividing between the Left and moderates.

The majority of Americans may be looking to the GOP to obstruct the radical agenda the Democrats are pushing. The only thing preventing it from happening in the Senate is the filibuster and moderate Democratic Sen. Joe Manchin (D-WV).

So, you decide… should Republicans wear the obstructionist badge with honor?

Choose wisely… history is on the Republican’s side.