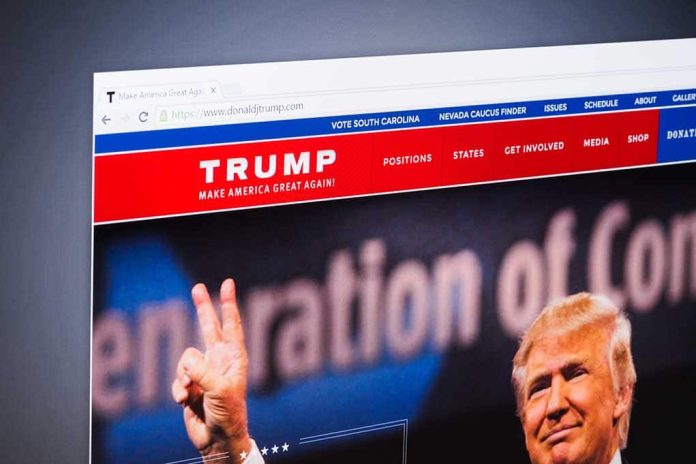 (RightWing.org) – Liberal tech companies have wasted no time attacking President Trump after the confirmation of Joe Biden as the next president. In a childish display, Shopify Inc. has dropped online stores associated with Trump.

On January 7, internet shoppers trying to buy Trump Organization products or campaign memorabilia found that stores had been abruptly taken offline by the Canadian retail company. A spokeswoman for Shopify later said the stores had been removed because President Trump had violated the site’s policy, alleging that he had promoted or supported violence.

The president could end up having the last laugh, though. With legions of supporters still lining up to buy Trump products, including the iconic red MAGA hats, Shopify is losing out on a lot of sales. Meanwhile, as of Friday morning, rival Amazon still had hundreds of Trump-branded items for sale – including MAGA hats.