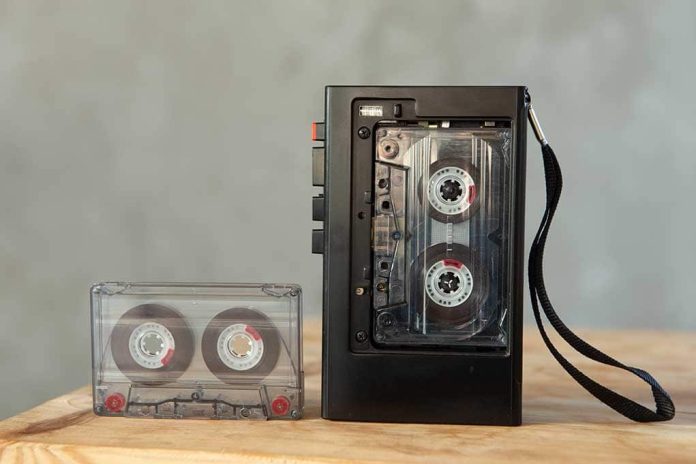 (RightWing.org) – Theodore Roosevelt once said it’s easy for good men to stay at home and read the paper, and ridicule the misdeeds of others. Evil men count on it, he added. Roosevelt understood a tenet of good government — never sit back and watch because you believe the fight is lost.

In the words of Senate Majority Leader Chuck Schumer (D-NY), the Democrats are preparing to “bring a generational transformation to how our economy works.” Surprise! That’s been the Democrat’s plan since Barack Obama was elected in 2008. However, Republicans aren’t going down without a fight — despite the fact they can’t stop the Democrats if they are united. Fortunately, they aren’t. During a 14-hour vote-a-rama (part of the process of opening reconciliation), the GOP got numerous Democrats on record regarding Critical Race Theory (CRT), fossil fuels, abortion, immigration, and more.

Are Democrats Getting Outfoxed?

While the Left is giddy with glee at the prospect of initiating the process of transforming America, it may backfire on them for several reasons. First, all 50 Democrats must be united. They are not. Moderate Senators Joe Manchin (D-WV) and Kyrsten Sinema (D-AZ) are lining up to oppose the massive spending bill, saying it’s not in alignment with their states’ interests. Sen. Jon Tester (D-MT) could join them.

If the moderates are successful at significantly altering the bill, it could preface a full collapse in the House. The far-left members of the lower chamber are threatening to vote against the measure and the bipartisan infrastructure deal if they don’t get the full package as proposed by Schumer and Sen. Bernie Sanders (I-VT).

Second, despite the tenable prospects of uniting under the Democrat’s Big Tent, the GOP may have cleverly outwitted them. Senate Republicans uncomfortably forced Democrats to vote on controversial issues the party broadly advocates. That sleight of hand could have the chilling effect on Democrats of helping the GOP in the 2022 midterm elections.

So, what did the GOP force Democrats to vote on?

A Ban on Federal Funds for Critical Race Theory

Sen. Tom Cotton (R-AK) introduced an amendment that bans CRT funding in schools. The amendment was agreed to by all Republicans, with Manchin joining them.

Four Democrats voted with the GOP to support additional resources to deport criminal illegal aliens. Both Senators from Nevada, Mark Kelly (D-AZ) and Maggie Hassan (D-NH), voted for the proposal.

All Democrats voted against an amendment that would have prevented the Left from changing state and local tax (SALT) deductions that benefit wealthy people.

An amendment to block federal funding for abortion passed with 100% Republican support. The lone Democrat who put it over the top was, once again, Joe Manchin.

Perhaps one of the stickiest points heading into 2022, all 50 Democrats voted in favor of opposing any efforts to defund the police.

On to the House

Republicans ought to be satisfied with the vote outcomes. Democratic votes on these and other issues serve two purposes:

After the vote-a-rama concluded, the Senate Democrats passed the budget resolution. It now goes to the House for approval to formally trigger the budget process. The hard work is just begging for the Left.

Considering the division that exists in the House and Senate, passing the controversial legislation will be no easy task in either chamber. Democratic leaders are barreling through as if they have a bulletproof majority. If the bill fails, and it very well could, despite not needing a single GOP vote, it could alienate voters and hurt Democrats in several future elections.

That’s how bad the Democrats want to transform America. They need to pass the bill now because they know they may not get another shot like this for a long time. They act like a shark in a cage who can smell the blood in the water. They are so close to the goal, but perhaps not close enough.

Fortunately, the GOP isn’t sitting back and reading the news in the paper. They are actively working to thwart the Left’s agenda as much as possible until the cavalry shows up to help in 2022.