(RightWing.org) – Gang violence in the US continues to be a problem despite President Donald Trump’s hard crackdowns. It could be because the commander-in-chief can only do so much. The good news is, Republican senators want to help him out.

On July 21, Senators Marsha Blackburn (R-TN), Tom Cotton (R-AK) and Kelly Loeffler (R-GA) introduced the “Cracking Down on Gangs and Deporting Criminals Act of 2020.” The legislation will expand the list crimes qualifying for an extra 10 years added onto a convicted criminal’s sentence. The idea is to make it easier for prosecutors to lock up violent gang members, like those who belong to MS-13, longer and keep America safe.

.@VoteMarsha, @TomCottonAR, and I are introducing the Cracking Down on Gangs and Deporting Criminals Act of 2020.

It would crack down on gangs in America & help keep our communities and families safe. https://t.co/U7t4DmFKCi #gapol #gasen

The legislation comes a week after President Trump and Attorney General William Barr announced the DOJ charged a member of MS-13 with terrorism-related charges. The commander-in-chief promised the American people he was going to eradicate these criminals from our communities and he’s working on keeping that promise. It’s great to see GOP senators jumping on board with the plan, as well. 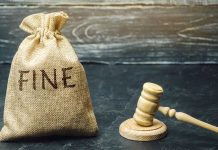 Pelosi and Sanders Prepare for All Out Democratic Revolt

Even Democrats Are Stepping Forward Saying Biden’s Airstrikes Have Gone Too...