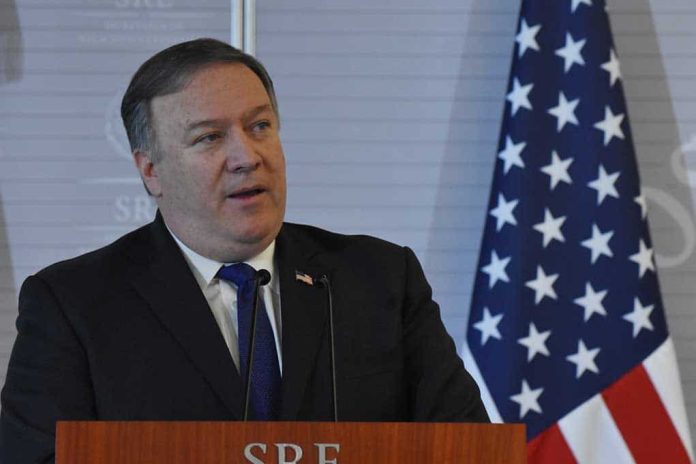 (RightWing.org) – Secretary of State Mike Pompeo sat down for a comprehensive interview about Communist China for the Epoch Times “American Thought Leaders” series. Hosted by Jan Jekielek, the episode premiered on Monday, January 4, 2021. The clip is about 20 minutes long but well worth watching.

With China’s Communist Party breaking promises repeatedly for decades, Pompeo emphatically stated America’s new policy toward the regime should be based on distrusting everything they say and continuing verifying everything.

Continuing, he explained that China has embedded itself in our country, our economics, and is literally inside our gates. Fortunately, President Donald Trump entered office with a clear understanding they are our adversaries and not our friends. He changed direction, altering years of policy dealing with the Chinese.

He also talked about the fact that America has known all along about the nature of China’s authoritarian regime. However, the US established foreign policy based on the belief that if the nation conducted enough trade with China, somehow, their human rights abuse and predatory economic practices would balance out.

Again, it’s an incredibly informative interview, and individuals concerned about China’s decades-long policy of expanding its global power base could benefit from watching the entire clip.