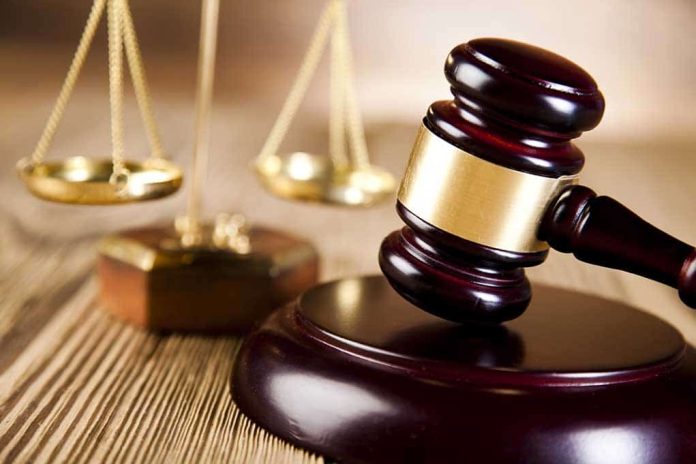 (RightWing.org) – Since March 2020, the Left has worked diligently behind the scenes inside the executive branch to fundamentally transform America. It was a dream first announced in 2008 by the then-Democratic presidential candidate Barack Obama. Fast forward to 2021, and his vice president, now President Joe Biden, is fulfilling that vision as best he can. Fortunately, there’s this little thing called the United States Constitution standing in his way.

Earlier this year, a lower court ruled the eviction ban was unconstitutional. In late June, the conservative majority on the court signaled it would rule against the ban if enacted again. On August 3, the CDC and Joe Biden thumbed their noses at the high court and extended the eviction moratorium despite expressing doubts about the Constitutionality of their authority.

Approximately six weeks later, the Supreme Court asked if the executive branch can ignore contracts and impose its will ad nauseam during a public health crisis. If so, what’s to stop the government from doing the most absurd things unimaginable?

On August 3, the Centers for Disease Control (CDC) announced an extension to the eviction moratorium. Whether the intention was good or not, the consequences posed real Constitutional questions about the scope and power of the executive branch. On Thursday, August 27, the Supreme Court formally concluded that the eviction moratorium was unconstitutional. The 6-3 Republican-appointed majority stated that the executive branch didn’t have the authority to act unilaterally without Congress.

The challenge brought by landlords comes as many suffer the consequences of the CDC ruling. According to the latest Census Bureau survey, approximately 7.9 million people told the agency that they were behind on their rent. For better or worse, through the encouragement of politicians, shutdowns, and the CDC’s eviction moratorium – some Americans faced a no-win situation at no fault of their own.

For example, Fox News reported that the eviction moratorium forced Air Force veteran, landlord, and single mom Brandie LaCasse to live in her car with her daughter. While the landlord’s tenants live for free in her homes, she’s living on the streets. Her tenants owe her $23,000 in unpaid rent due to the federal and state eviction moratoriums.

How in any circumstance is this right?

Is this not a form of legal theft?

LaCasse and her daughter became the very people that the CDC claims it was trying to help.

The Supreme Court Takes It a Step Further

The court’s majority stated that the Biden administration’s actions would give the federal government “a breathtaking amount of authority.” In the short yet thoughtful ruling, the Supreme Court said the position taken by the government could unleash government powers never seen before in America. The majority asked a profound set of questions.

It’s unbelievable the court is even asking the questions. Some would say they are being hyperbolic, but are they? Two years ago, would anyone believe some states would ignore Constitutional liberties or freedom of religion? Did anyone think their jobs, businesses, homes, and all they worked for could disappear in an instant? Did anyone imagine that the government would pit vaccinated and unvaccinated Americans against one another?

If the Trump years taught us anything, it’s that there’s no obstacle those who crave power will overcome.

The justice’s questions may seem like folly. However, the court could be on to something.