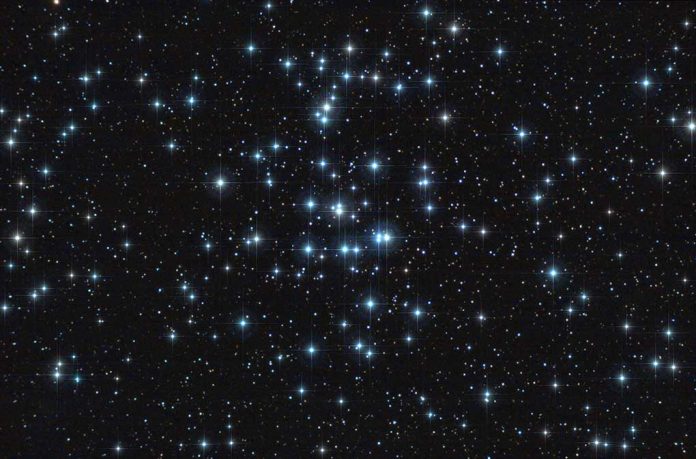 (RightWing.org) – At the center of Earth’s home galaxy, the Milky Way, lies a black hole called Sagittarius A* (Sgr A*). Although the term implies emptiness, black holes are anything but void spaces. Instead, they’re a region of matter in outer space so dense that nothing, not even light waves, can escape its gravitational pull. On Thursday, March 12, NASA announced it captured images indicating the presence of Sgr A*.

Have you seen the picture of the black hole at the center of our galaxy?

The image of Sagittarius A* (inset) was taken by @EHTelescope. Now see it in context with support from our @ChandraXray, Swift and NuSTAR observatories. Here's what the colors mean: https://t.co/Qkt3Qu3v1r pic.twitter.com/BONW7QZhsu

Scientists can’t directly capture images of actual black holes with instruments used to detect light rays, x-rays, or other types of electromagnetic radiation. However, they can detect matter being pulled into black holes by their immense gravitational fields.

In this instance, the National Science Foundation’s Event Horizon Telescope and a worldwide array of radio telescopes captured an image of a glowing orange ring formed by a gaseous substance with a dark center — a shadow of the black hole.

A special edition of The Astrophysical Journal Letters explained that the image appeared blurred due to the presence of “turbulent plasma [located] along the line of sight to the [Milky Way’s] center.” So the team used various methods to offset that effect and clean up the image.

Scientists hope emerging technologies and theoretical modeling will increase their ability to study black holes in the future.