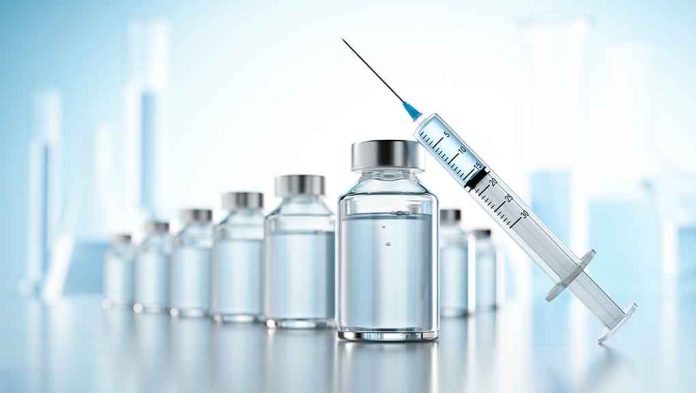 (RightWing.org) – Since the dawn of time, human beings have searched for cures for diseases. Today, modern medicine is able to do the unthinkable compared to just a few decades ago. As scientists continue to learn more about viruses and bacteria, their genetics, and how they spread, there is a new concept under consideration that some say shows tremendous potential to eradicate diseases. Still, others say it could be unethical at best and dangerous at worst.

According to the Centers for Disease Control and Prevention (CDC), more than 6 out of 10 known infectious diseases can be spread from animals to people, and 3 out of 4 new or emerging infectious diseases come directly from animals. Many believe this is how COVID-19 occurred. Now, a new controversial idea suggests scientists can create a self-spreading vaccine in wildlife to quickly and efficiently eradicate diseases.

Creating a Self-Spreading Vaccine Could Be Fraught With Danger

Scientists can’t predict when, how, or why a new disease could jump from animals to humans. Unfortunately, when they do, they are often lethal and come at a great financial and societal cost. Vaccines are the medical community’s primary means of combating deadly and dangerous viruses.

Since the 1980s, scientists have studied genetically altering viruses that spread from animals to humans. On March 18, National Geographic published an article on the subject. The magazine interviewed numerous scientists about the potential of creating a vaccine that replicates in an animal’s body and spreads quickly to other animals to prevent diseases such as Ebola, tuberculosis, rabies, West Nile virus, Lyme’s disease, the plague, and much more.

Advocates say the engineered self-spreading vaccines could transform public health by helping prevent a future pandemic. Others argue that there are far more dangers than benefits inherent to inoculating wildlife with self-spreading vaccines. Some suggest that vaccines could mutate and jump from animals to humans. In other instances, the vaccine could cause unintended consequences that could result in devastation throughout ecosystems.

While people universally agree that no one wants to get sick from a disease, let alone die, unintended consequences could accompany a self-spreading vaccine. Aside from the apparent dangers of mutations and jumping from animals to humans, it’s impossible to know the effects on people if such a thing were to occur.

So, what are some other unintended consequences? If wild animals are no longer susceptible to disease, the ecosystem could lose a valuable way to control animal populations naturally. Rodent populations could grow out of control and destroy crops, contaminate food and drinking water, and create unsanitary living conditions for humans.

Scientists also say there is growing evidence that viruses and bacteria keep each other in check. What if a self-spreading vaccine wipes out one virus? What would be the unintended consequences of an unchecked deadly bacteria?

You know the saying… once the genie is out of the bottle, you can’t put it back in. Will scientists and governments work to prevent something that could be extraordinarily dangerous?