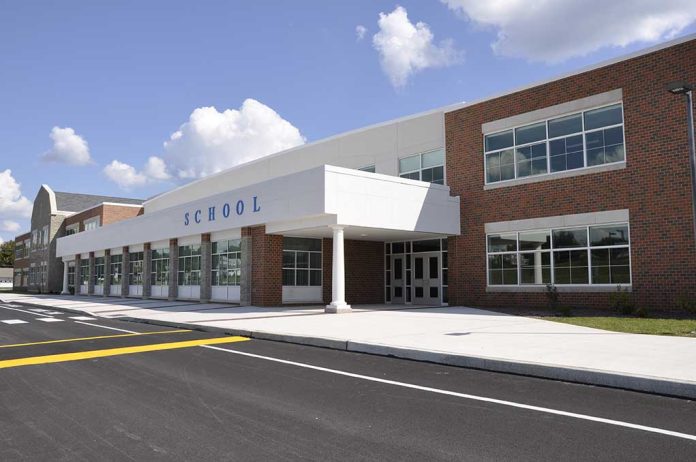 (RightWing.org) – For the better part of a year, Joe Biden picked up the far-left mantel and accused America of being systemically racist, but not overtly racist. If it’s confusing to you, you’re not alone. In January, the president signed a controversial executive order on “equity” and continues to bring race to the forefront of public discussion through reverse anti-discrimination policies.

Across America, school districts and colleges are following the president’s lead as they begin teaching that America’s institutions are inherently racist and favor white people. It’s called Critical Race Theory (CRT). In Rhode Island, a concerned mom of a young daughter began asking questions about what her daughter was being taught in school. When she followed the school’s protocols, she was accused of being a racist and threatened with a lawsuit.

What Is the School District Afraid Of?

What’s happening to the Rhode Island mom, Nicole Solas, could happen to anyone in America who starts asking questions. When Solas enrolled her daughter in school, she inquired if the district was teaching gender theory or an anti-racist curriculum. She was informed that the school does not use gender terminology. She quickly learned that the school was shaming kids for their American heritage.

The school avoided answering Solas’ questions and told her to submit a public records request. So, she did — over 200 of them as school officials continually refused to answer her questions. What happened next was inexcusable. The district threatened to sue her. Without any proof, South Kingstown School Committee Chairwoman Emily Cummiskey accused Solas of being a part of “a nationally-organized, racist group [attempting] to create chaos and intimidate our district.”

What Is the School District Hiding? They’re Not Hiding it Well!

When public officials resort to threatening citizens for exercising their legal rights, something is amiss. Parents have a right to know what their children are being taught, especially when it’s the taxpayer dollars funding their children’s education. It’s not illegal to ask for information, nor does it make someone a part of an unknown racist group.

This was nothing more than the school district’s attempt to bully and intimidate Solas to hide its agenda.

It makes one wonder what the school district was hiding.

Well… Cummiskey answered Solas’ questions. The chairwoman said that the concerned mom’s requests for information were distracting the school district from their “efforts to make our schools more equitable, inclusive, and empowering by eradicating any harmful practices or prejudices through equity and anti-racism teachings.”

There you have it. Solas was on to it all along, and all it took was a little pushing.

Thankfully there are more reasonable heads in the CRT narrative. In a now-viral video between a Black man and his daughter, Kory Yeshua said CRT needs to be stopped. He added that children don’t see skin color and that critical race theory wants to end that.

It’s hard to disagree with Yeshua.