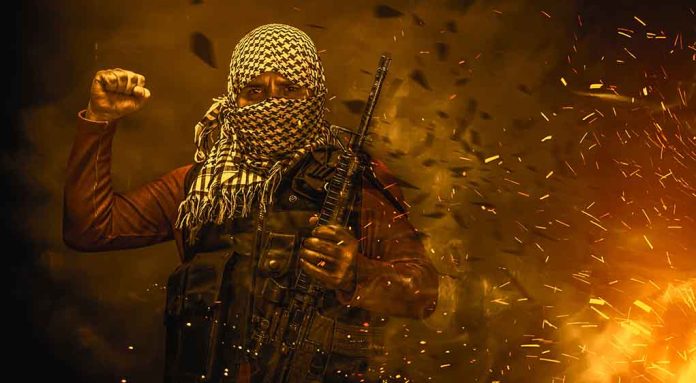 (RightWing.org) – For decades, secularists and atheists argued there was no place for religion in public schools. Yet, one school district near Minneapolis, Minnesota, is promoting hijabs and selling them in school colors. On Thursday, September 15, the National File detailed how Burnsville High School not only encourages the Muslim headgear, but the local community has also produced several Islamic terrorists and ISIS fighters as well.

Burnsville, Minnesota, is a suburb of Minneapolis and home to one of the US’s largest Somali populations. Reportedly, 15% of the school district’s 8,000 students speak Somali at home. Allegations of school-sponsored Sharia influence may represent a larger problem contributing to the town’s problems.

In the early 1990s, Minnesota received its first wave of Somali immigrants. Since then, it’s grown into the largest Somali Muslim community in the United States. The community is now an active political force.

The Burnsville, Minnesota, public school district is getting away with something few public schools across the country could not. It sells school spirit hijabs to young students in coordination with the Somali cultural liaison and the parent-teacher organization. After learning of the religious preference, National File journalist Frankie Stockes began looking into the issue, and what he said he found was “disturbing.”

The reporter said he tried to reach the principal to no avail. Stockes stated he wanted to learn if the school would sell Christian or Jewish attire for the sake of fairness and questioned if the sales of hijabs were an endorsement of Sharia law.

The journalist suggested the public institution not only provided religious preference to Somali Muslim students but also claimed to have found ties to Islamic terrorism in the community. Stockes said media reports showed three Somali-born Muslim teenagers tried to join ISIS. All of them had links to Burnsville High School.

In one case, an 18-year-old graduate successfully joined ISIS after traveling to the Syrian border in March 2018. Authorities caught two others before they could board a plane in Minneapolis. Prosecutors charged them with conspiring to assist a foreign terrorist organization. One received a 15-year prison sentence, but officials released him after two years in jail for going through a deradicalization program.

They weren’t the only ones. Authorities tried dozens of other suspects in the region in court. They secured convictions for acts of terrorism in Minnesota or their activities in foreign countries.

So, is Burnsville High School indoctrinating its youth starting with offering hijabs that promote Sharia Law?

Is there a more pervasive problem?