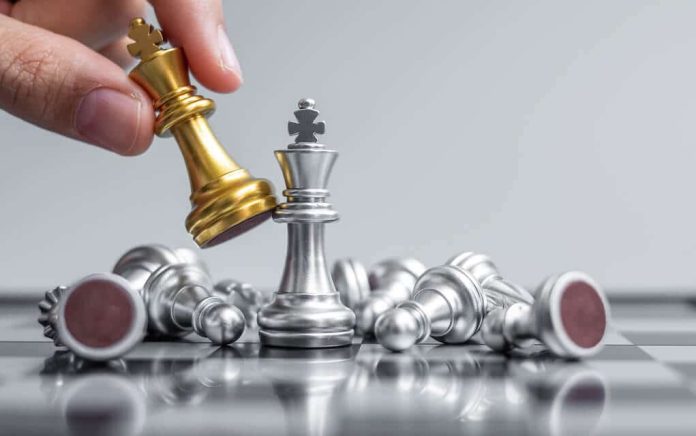 (RightWing.org) – Russian President Vladimir Putin appeared at the official launch of a new stealth fighter project, which its designer says will compete with the American F-35. The new warplane will be highly capable, cheap to operate, and available for export to many potential enemies – if it lives up to its advertising.

#InPics | Russia has unveiled a prototype of a new Sukhoi fifth-generation fighter jet at its annual MAKS air show, that will rival US F-35 stealth fighter.

Here's all you need to knowhttps://t.co/7bF1xTjsfs

On July 20, Putin toured the MAKS-2021 air show, a regular showcase for Russian warplane designs. While there, he inspected a mockup of the new Su-75 Light Tactical Aircraft, which the Sukhoi Design Bureau is promoting as a rival to the Lockheed F-35. According to Sukhoi, the plane, codenamed Checkmate, will have a range of 3,000 miles and a speed of up to Mach 2, combined with stealth technology and internal space for five missiles.

Russian sources say the Su-75 will sell for $25-30 million and has been designed to be cheap to operate. It’s likely to be bought by the Russian Air Force, and Sukhoi says it also expects export customers in the Middle East, Latin America and Asia. Likely buyers include several countries that are hostile to the US and banned from buying F-35s.

However, it’s worth remembering that Russian weapon systems are notorious for coming in over budget and under spec. In 2018, India pulled out of a joint development program for the larger, more powerful Su-57 stealth fighter, citing poor performance. Will the Su-75 deliver on Putin’s promises or turn into another dud? We’ll need to wait and see.