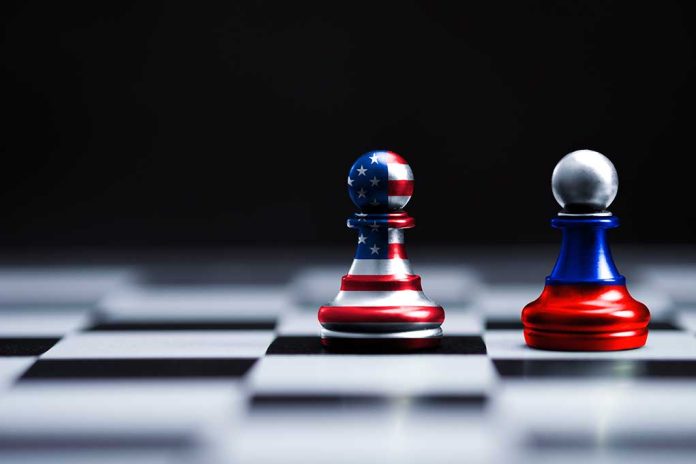 (RightWing.org) – Media outlets recently exploded with the news that the Biden administration was finalizing plans to send MIM-104 Patriot surface-to-air missile systems to Ukraine. Patriots are one of the most powerful defense systems operated by the United States military, capable of intercepting unmanned aerial vehicles, cruise missiles, and tactical ballistic missiles. As one might expect, Russian officials aren’t turning a blind eye to the situation and recently sent clear threatening messages to Washington.

Russian Foreign Ministry spokesperson Maria Zakharova lashed out at President Joe Biden’s administration during a December 15 press conference. Acknowledging America’s intention to provide Patriots to Ukraine, she told reporters that experts “doubted the logic of such a move.”

Digging her heels in, Zakharova appeared to threaten the Biden administration, declaring that such a move “would lead to an escalation of the conflict” and increase the likelihood of “direct involvement” of US troops in the war.

Similarly, the Russian embassy in Washington characterized the move as a “provocative step” by Biden administration officials that could lead to “unpredictable consequences.”

President Vladimir Putin has repeatedly threatened to escalate the war effort in Ukraine, including the use of nuclear weapons. Republican lawmakers have responded by questioning the magnitude of President Joe Biden’s efforts to provide massive US funds, military hardware, and munitions to Ukraine.

What do you think of the current level of US involvement in the Russia/Ukraine conflict?