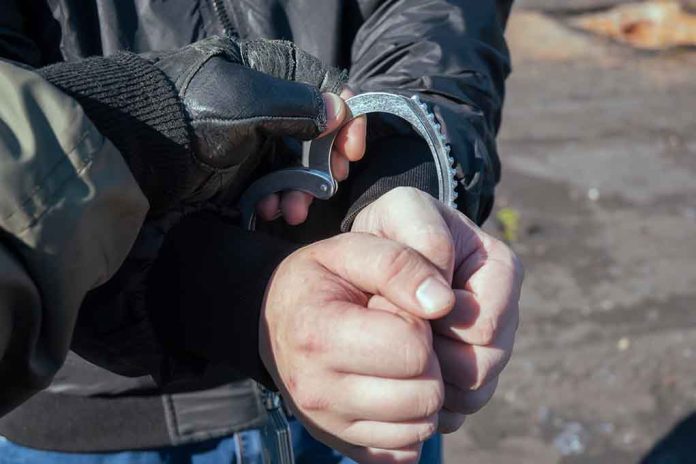 (RightWing.org) – State Department spokesperson Ned Price warned Americans traveling to Ukraine, “especially with the purpose of… fighting there,” they face a significant risk of “capture and death.” Despite his urgent message, several Americans joined the Legion of Territorial Defense of Ukraine. The Russian military recently captured two American veterans, and Moscow claims they’re “soldiers of fortune” — not combatants.

On Monday, June 20, Kremlin spokesman Dmitry Peskov told MSNBC correspondent Keir Brennan-Simmons that the two men, Alexander Drueke and Andy Huynh, should be “held responsible” for the crimes they committed while fighting alongside Ukrainian troops. He also said the Geneva Conventions did not apply to them as prisoners of war since they acted as mercenaries.

The Kremlin’s chief spokesman said that two American fighters who went missing in Ukraine, Alex Drueke and Andy Tai Ngoc Huynh, were “soldiers of fortune,” and were taken into custody. He also claimed that they were not protected by the Geneva Conventions. https://t.co/xOfFKCiwQN

Russian state-controlled media outlet RT recently published excerpts from an interview with the two men. Drueke said they “immediately surrendered” after stumbling across a Russian patrol. He also expressed concern about rumors he heard the Russians might sentence them to death.

Both men said the Russians had treated them well, providing food, blankets, and cigarettes. However, the possibility of a harsh sentence appears real considering that a Russian-proxy court recently sentenced two Britons and a Moroccan to death by firing squad after their capture by pro-Russia separatist rebels during the siege of Mariupol.

Do you think Americans should be fighting alongside Ukrainians? If so, should they be considered combatants or mercenaries?