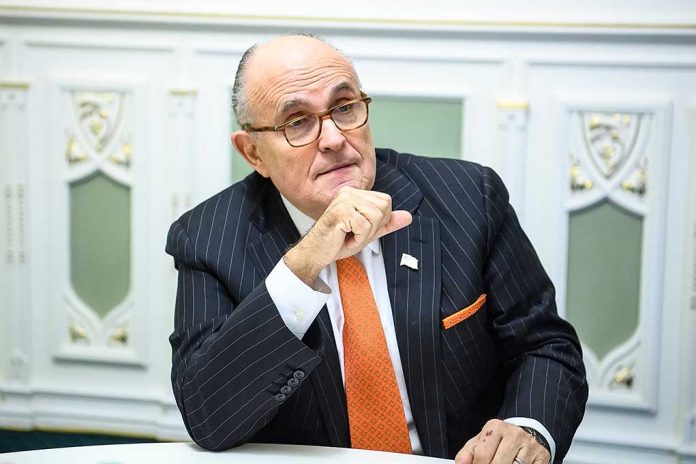 Rudy Giuliani Won’t Be Charged After FBI Seized His Property

(RightWing.org) – Last year, the FBI raided the New York home of former NYC mayor and former President Donald Trump attorney. Rudy Giuliani. On Monday, the agency announced it had finished investigating the material they’d seized. What did they find? Nothing.

For more than a year and a half, the Justice Department has been searching through computers and other devices seized from Giuliani’s home during the controversial April 28, 2021, federal raid. At the time, officials said they wanted to investigate if he’d failed to register as a foreign agent over alleged links to a Ukrainian prosecutor. At the time, Giuliani adamantly denied the claims. Now, the feds have completed their investigation, and on November 14, they admitted there’s nothing to charge him with.

It’s good news that the administration has dropped its dubious pursuit of Giuliani — but why did it take them so long to investigate, and why was the end of the investigation announced just days after the midterm elections? Was this an attempt to smear Republicans — particularly Trump — in the hope some dirt would stick with voters? Now that Trump has announced he plans to run again in 2024, will more arrests and long-running investigations be in the news?