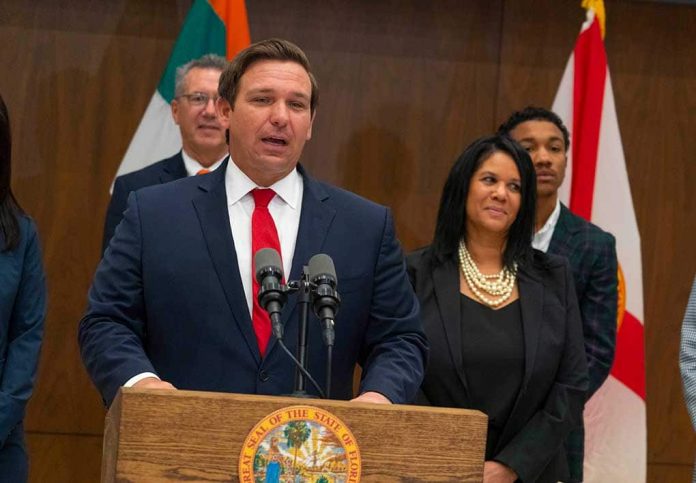 (RightWing.org) – Liberals have called for the defunding or outright elimination of police departments for more than a year in the wake of George Floyd’s 2020 death at the hands of a now-convicted and imprisoned cop. Several Democratic-led cities followed through on that demand, leading to spikes in violent crime. However, Florida’s Republican governor, Ron DeSantis, has a different idea when it comes to law enforcement.

On September 7, DeSantis announced three new policy proposals he plans to promote during Florida’s upcoming legislative session. DeSantis told reporters that Florida values its law enforcement officers and will “provide… the support they need and deserve” to protect and serve Floridians.

In our upcoming legislative session, I will be prioritizing 3 programs that will focus on recruiting and retaining law enforcement officers. pic.twitter.com/hMWRYfowHI

Florida Attorney General Ashley Moody (R) stated that as the wife of a police officer, she was grateful that the state has a governor who “understands and appreciates” the brave men and women who serve the state as law enforcement officers.

DeSantis’ commitment to maintaining law and order offers the nation a shining example of the kind of leadership America needs.