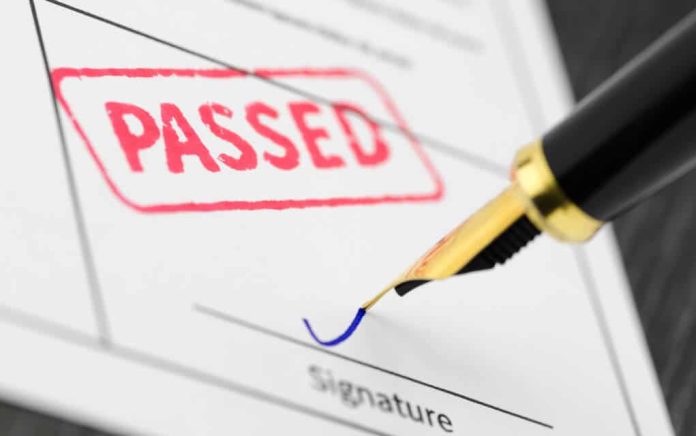 (RightWing.org) – The South Dakota Senate has just passed a landmark bill to protect the rights of female athletes – and the state’s Republican governor says she’ll sign it to celebrate International Women’s Day.

On March 8, Governor Kristi Noem (R) enthusiastically tweeted her support for the bill, which the state senate had just passed in a 20-15 vote. Noem’s signature will make South Dakota the third state to protect women’s sports by barring biological men from competing as women – and over 20 more are working on similar bills.

Joe Biden might think he can dictate his far-left agenda, but thanks to the Constitution, states still have rights. Thankfully some aren’t afraid to use them.