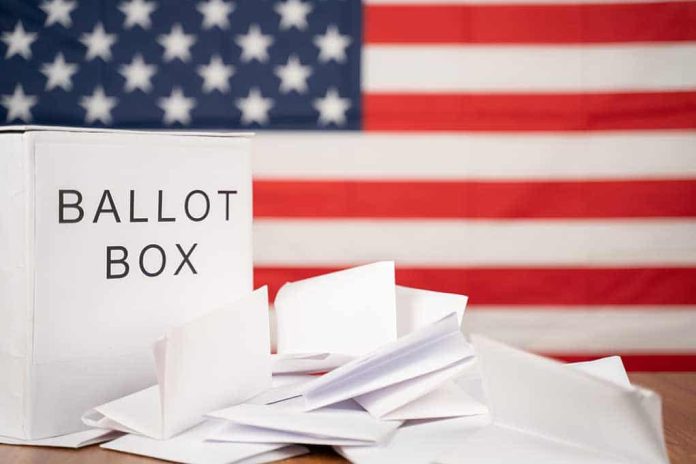 (RightWing.org) – Battles over redistricting efforts are nothing new to the American political scene. Every 10 years, state officials redefine voting districts based on the latest US Census. A recent move by Oregon Democrats to allegedly skew districting in their favor drew the wrath of their Republican counterparts. And, they aren’t taking matters sitting down — quite the contrary.

On Monday, October 11, a group of four Oregon Republicans fired back at the Democrat’s new districting boundaries by filing a lawsuit in state court. The GOP officials allege the newly created map violates the state’s constitution and several statutes.

Oregon Republicans have sued to block a Democratic-passed congressional map that would lock in a 5-1 Dem advantage – https://t.co/y3Lbzy5wC6

The new map divides Portland into three congressional districts. However, they spread out randomly in three different directions. Due to their tentacle-like boundaries, Democrats appear to have an unfair advantage. For example, one of the new districts spans the Cascade Mountains to connect Portland with a notoriously liberal portion of Bend, Oregon. In all, the new districting map appears to give Democrats an impermissible advantage in five of the Beaver State’s six districts.