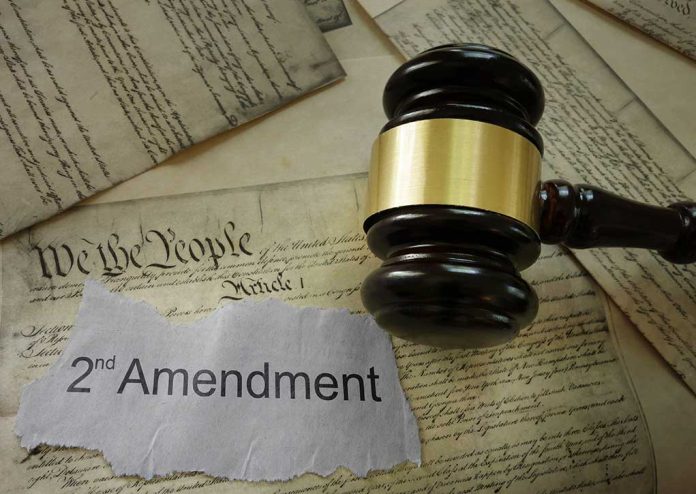 (RightWing.org) – It’s no secret that Democrats and Republicans view the Second Amendment very differently. Perhaps part of the reason stems from a lack of historical context? Regardless, in the wake of the Colorado shooting that left 10 people dead on Monday, March 22, President Biden and congressional Democrats are returning to an all-too-familiar call for new strict gun laws and regulations.

Over the last year, gun shootings dropped during the pandemic as people nestled safely in their homes, hiding from COVID-19 under governor orders. That put the issue of gun control on the back burner as Democrats waited patiently for an incident to give them a reason to perk up and call for gun reforms. Now that the issue is back, the Senate GOP isn’t taking the issue lying down and is gearing up to once again protect the 2nd Amendment.

Biden and Democrats Ready to Pounce

On Tuesday, President Joe Biden said he doesn’t “need to wait another minute, let alone an hour, to take common-sense steps that will save lives in the future.” While waiting on Congress, the president suggested he could go it alone through executive orders. However, for Democrats to do anything meaningful in Congress, they will either need 10 GOP votes in the Senate or to end the filibuster.

Good luck getting enough support for either.

During a gun violence hearing in the Senate Judiciary Committee, Sen. Ted Cruz (R-TX) stated that Democrats were playing “ridiculous theater” by proposing a number of laws that won’t actually solve the problem. He said that after every mass shooting, the Democrats “propose taking away guns from law-abiding citizens because that’s their political objective.”

History Behind the 2nd Amendment

When the US Constitution was ratified in 1787, there was an agreed-upon societal view that people should protect themselves from the government when it gets out of control. The idea was encapsulated in the Declaration of Independence as King George III, and the British parliament stripped its citizens of basic English rights. Access to guns was an absolute necessity to ensure the government did not violate people’s liberties. Fear of tyranny at that time was real and legitimate.

Every year on the 4th of July, Americans celebrate the 2nd Amendment whether they are aware of it or not. The Founding Fathers defended the rights of citizens to “keep and bear arms” as a staple of American independence.

America Is Different Today – and Legal Scrutiny Is Needed

Many argue that today’s America can’t compare with the late 1700s. That’s a fair perspective. Regardless, the Constitution still exists, and the Second Amendment is still part of it.

So, how far can Democrats go in regulating guns?

In 2008, the US Supreme Court ruled in District of Columbia v. Heller that the federal government could not strip citizens of their rights to own handguns for self-defense. Two years later, in McDonald v. City of Chicago, the high court ruled that states couldn’t violate the 14th Amendment and reversed a law similar to DC v. Heller.

It’s settled law that Americans have a right to own firearms to protect themselves. However, the Supreme Court only dealt with handguns. One can theorize that a gun is a gun, and it doesn’t matter. However, that’s not how politicians look at it. Where Democrats are concerned, the door is wide open to regulate virtually any gun other than a handgun.

At some point, the Supreme Court may need to decide about shotguns and rifles. For now, it’s a political matter, not a legal one. The only thing stopping Democrats from going all-out, banning certain guns, and criminalizing millions of Americans is the GOP.