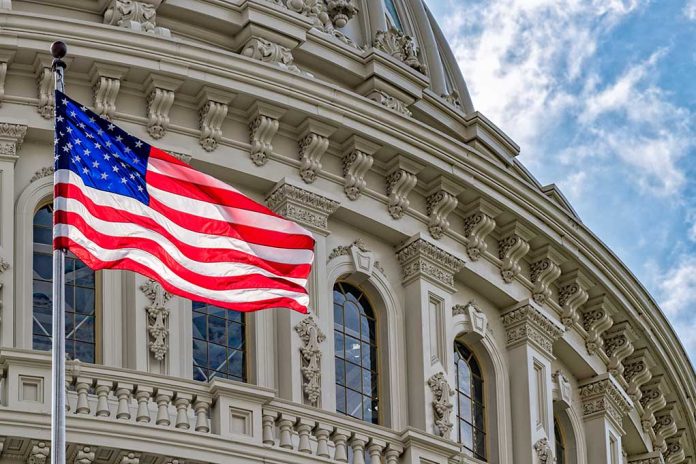 (RightWing.org) – As America rounds out 2021 and prepares to enter a New Year with hope and optimism, some may be especially ready for this year’s political nightmare to end. Midterm elections are far more predictable than presidential elections. It usually comes down to a referendum on the party in power. Most Americans normally vote based on how they feel about the current occupant of the White House. That still holds true, but there’s a much bigger picture in 2022.

There were clues about how the country sees the Democratic Party in the November Virginia and New Jersey elections. Over the next 11 months, Democrats will do all they can to distract from their record, policy objectives, and President Joe Biden’s flailing approval ratings. Smack in the middle of the debate are the real lives of people who realize that something is amiss.

Will the GOP send a strong message that they have the answer? They may not have to; as the prospects of them taking back Congress increase each month, they may only need to point to Democratic policies and failures to win big.

In 2020, Republicans did something that the media hasn’t talked much about since the last election. Despite all the rhetoric calling Republicans racists and fascists, they managed to successfully hold every incumbent seat and flip 16 Democratic House seats in a year they were supposed to get trounced.

How was that possible?

Could police, public safety, and crime be important issues to people when they aren’t safe? Oh, and about the socialism label, moderate Democrats took a beating on that subject. Immediately after the 2020 election, Moderates said they shouldn’t allow Republicans to cast them in that light.

There’s more bad news for vulnerable moderate Democrats. Thanks to how others in their party governed and voted on legislation, both issues are coming back. They may not want the GOP to talk about their record, but it is how they voted. With only a three-vote margin in the House, they gave the far-Left everything they wanted in the Build Back Better semi-socialist and global climate change proposal. They voted for it, and now they get to wear it like a badge of honor before voters.

Republicans Don’t Have to Do Much

Democrats are going to say that Republicans don’t have a plan. Well, could it be that no plan is better than their plan in the eyes of voters? Democrats are already on the defensive. Some claim they need to reset the narrative and are already testing a new campaign theme in the media. It goes like this…

Ignore what we voted for. Look at how we tried to help you.

If expanding government, blowing trillions of dollars, threatening to raise taxes, creating skyrocketing inflation, and empowering criminals is their idea of helping, then mission accomplished. Americans don’t need to hear their new message; they are living the reality of the old one.

Democrats will suggest they are responsible for the largest economic growth in US history. Will they tell you they were responsible for its collapse when they shut down the economy for a year in Democratic-led states? The rebound wasn’t because of them — it was despite them. It was inevitable, and voters know it because, again, they lived it.

As long as Republicans point to people’s reality, it will be hard for Democrats to weave a narrative of success. They will try to put the GOP on the defensive. That’s hard to do when the Democrats are the ones running the show.

Hold on tight. 2022 is going to be an intriguing year.