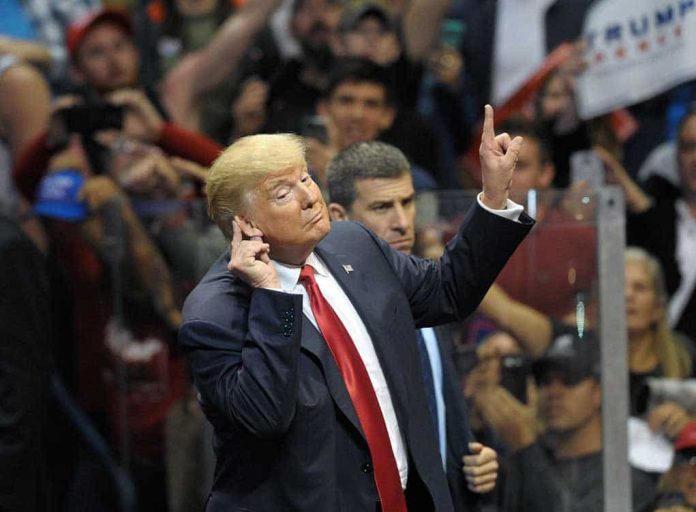 (RightWing.org) – Questions swirled about the future of the president and the GOP when former President Donald Trump left office on January 20. Many openly asked if Trump was considering leaving the Republican Party to form a third party in the wake of the Senate trial following his impeachment just before he left office. Of the GOP members of Congress, 10 representatives voted to impeach Trump and 7 senators voted with Democrats to convict.

Now that the trial is over and Trump has been acquitted for a second time, the former president remains silent on his plans. For now, he says he’s committed to helping Republicans take back the House and Senate in 2022. However, he’ll need to combat several influential establishment Republicans like Senate Minority Leader Mitch McConnell (R-KY), who excoriated Trump after voting to acquit him at the Senate trial’s conclusion.

GOP May Not Survive Without Trump

A new survey released by USA Today/Suffolk Poll suggests the GOP could become significantly smaller if Trump decides to start a third party. It appears that the majority of Republicans are more loyal to Trump than they are to the party. If that holds up, Trump may have all the leverage in shaping the GOP’s future, whether the establishment likes it or not.

Not surprisingly, nearly 60% of respondents want the former commander-in-chief to run again in 2024. Last week, Trump said it was too early to say if he would run again. However, he did say there was tremendous support for another campaign.

Later this week, Trump will speak publicly for the first time since leaving office. He’s making a special appearance at the Conservative Political Action Conference (CPAC) on Sunday, February 28. Aides say he will be discussing the future of the Republican Party and the conservative movement.