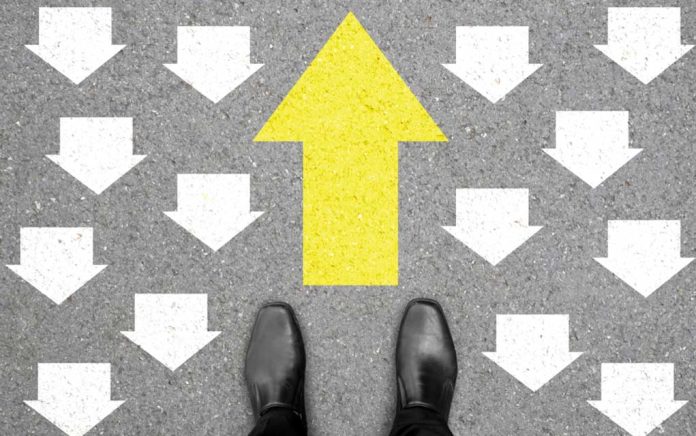 (RightWing.org) – In the 2020 election, Democrats lost seats and now have the smallest majority in a decade. Republicans flipped 11 seats, giving them 212 total in the House of Representatives. The number needed to attain majority control is 218 seats. That could limit their far-left legislative agenda significantly as moderates in the Democratic Party try to hold their seats in a House that is moving more left.

However, that’s not the only threat to the Democrats’ majority heading into the 2022 election. Every 10 years, the United States goes through a process to determine how many members of each state will be seated in the House of Representatives. In 2021, state legislatures will take information from the 2020 census and draw new districts.

Combined, it’s a perfect storm against Democrats and in favor of Republican hopes of taking back the House in the 2022 midterms.

The US Census Bureau explains the Equal Proportions Method of determining the number of House seats for each state for those interested in the details.

Republican Gains in State Legislatures Puts Redistricting in Their Favor

The Constitution only spells out how to choose the number of lawmakers. It does not spell out where they come from within the state. That’s left up to the state legislature through the process of redistricting.

Currently, Republicans control 29 of the 50 state legislatures. While there was little movement in the 2020 election, both chambers in New Hampshire flipped Republican. This will give Republican-led legislatures a 30 to 20 advantage in the apportionment of seats in the US House of Representatives in 2021.

Why Is This Important?

Consider Texas as an example. Its population grew over the last 10 years as businesses left more liberal states like California and New York for greener pastures. Along with those businesses was an influx of new citizens. Based on an initial analysis of the 2020 Census, the state could pick up as many as 3 seats. California and New York are likely to lose seats due to population losses.

The state legislature will create new districts as a result of the population growth. District boundaries are at their discretion. The likelihood is the districts will be drawn in a manner that is beneficial to Republicans for the next 10 years. Based on the assumption of 3 seat gains, that’s half of what the GOP needs to retake the House in 2022.

The same thing happens in states dominated by Democrats. The challenge is there are fewer of them.

Repeat that pattern in Republican-led Florida, and the outcome is likely the same. It’s not hard to envision a scenario where the Democrats don’t go farther left and abandon voters in the middle. Coupled with House seat apportionment changes, the chances are very high the Republicans will take back the House in 2022.

That puts pressure on the far-left to enact their policies in the upcoming Congress if they can.