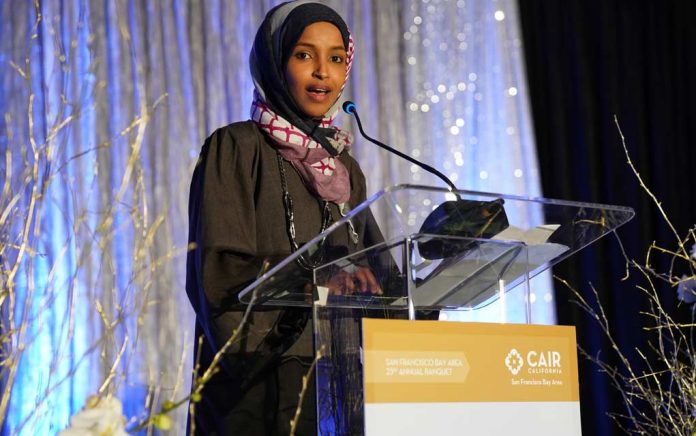 (RightWing.org) – Joe Biden and his Democratic accomplices keep talking about creating unity in government. It’s hard to take them seriously when at the same time, House Democrats continue their effort to strip Rep. Marjorie Taylor Green (R-GA) of her committee assignments. Her crime? — liking and sharing a few controversial social media posts before she ran for public office.

House Minority Leader Kevin McCarthy (D-CA) attempted to negotiate a compromise with Democrats but to no avail. Now those on the Left will find out that turnabout is fair play. A group of five House Republicans is spearheading an effort to add an amendment to the Democratic-led resolution to toss Rep. Ilhan Omar (D-MN) from her committee assignments for making anti-semitic remarks while in office.

Leftist Members of Congress have advocated for violence, anti-Semitism, anti-law enforcement, & other sentiments that have violated rules of decorum & principles of American decency.

That's why I'm calling for Rep Omar to be removed from her committee. https://t.co/ukRPYAkHx0

Conservative Review reported that Republican-led efforts to balance the scales likely wouldn’t end with Omar. House Republicans could go after Rep. Rashida Tlaib (D-MI), who, like Omar, has a history of making anti-semitic remarks.

Regardless of the outcome of the Democratic-led efforts targeting Greene, Republicans are demonstrating they have zero tolerance for racism and bigotry in their chamber, something Liberals say they support, but their actions contradict.