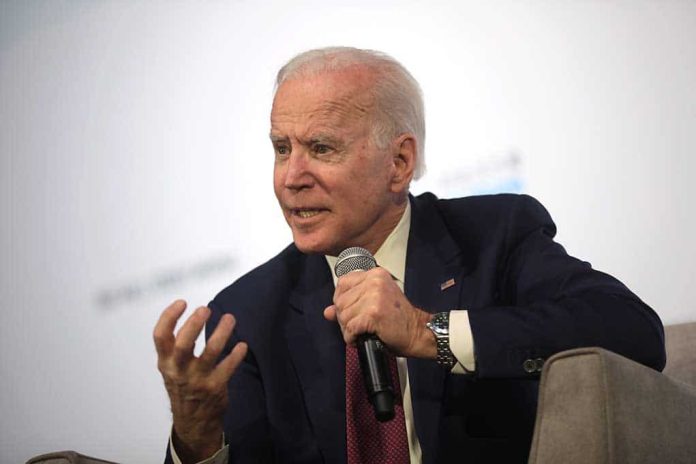 (RightWing.org) – Republicans in Congress are doing all they can to push back on President Joe Biden’s radical immigration agenda. While there isn’t much they can do as the minority party, they are doing a great job of exposing to the public what’s going on at the southern border.

Unfortunately, it’s going to take a lot more than that at the moment to stop Biden’s open border policies. Leading the charge is a group of Republican attorneys general. They are taking a blast from the recent past and using the Democrat’s previous strategy against the Biden administration. During the Trump presidency, Democratic state AGs sued the Trump administration repeatedly. Now, the shoe is on the other foot, and several GOP AGs are pushing back hard on Biden’s immigration policies in the courts.

In only five months in office, President Biden radically transformed US immigration policy on the southern border. It’s no surprise. It’s what he promised during the 2020 election. To the Left’s amazement, Biden’s true to his word, in this case.

According to Sen. Rick Scott (R-FL), April apprehensions on the border exceeded 178,000, or nearly 6,000 per day. AGs in Arizona, Florida, Louisiana, Missouri, Montana, and Texas believe that Biden is unilaterally writing immigration law, and that’s not acceptable. The GOP hopes that, at a minimum, the lawsuits will slow Biden down until help potentially arrives in Congress after the 2022 midterm elections. However, the ultimate goal is to end the policies through court orders.

Depositions and Big Decisions Are Underway

In several cases, depositions of officials are underway. In an Arizona case, Attorney General Mark Brnovich released details from a deposition involving a high-ranking federal government official who challenged the Biden administration’s narrative.

Acting Phoenix Field Office Director for ICE Albert Carter testified to several key points bucking the DHS and the president’s previous statements. For one, he said that criminal warrants, at-large arrests, immigration detainers, and deportations were important to public safety and could cause harm to citizens if they are reduced. In addition, Carter added that reducing immigration enforcement wasn’t due to limited resources, as the administration alleges.

Texas, Arizona, and Missouri are also fighting in court to keep the Migrant Protection Protocols (MPP) implemented by former President Donald Trump. The policy was designed to keep migrants in Mexico as they awaited asylum hearings. Biden ended the policy, and the state AGs are now asking the Supreme Court to intervene quickly and impose a preliminary injunction.

Much More to Come

Numerous other court battles are getting underway. Republican AGs argue that people are being hurt by human traffickers and drug smugglers. They add that Americans are being put in danger by Biden’s policies when the administration reduces arrests and deportations, and releases or allows criminal illegal immigrants out on the streets. They allege it costs taxpayers more money for healthcare, education, and public assistance for people who are not legally in the country.

While the GOP has a good case to make, in the end, the cases will likely come down to a Supreme Court decision. Republican-appointed justices enjoy a 6-3 majority. How they decide will determine America’s immigration policies and its future.