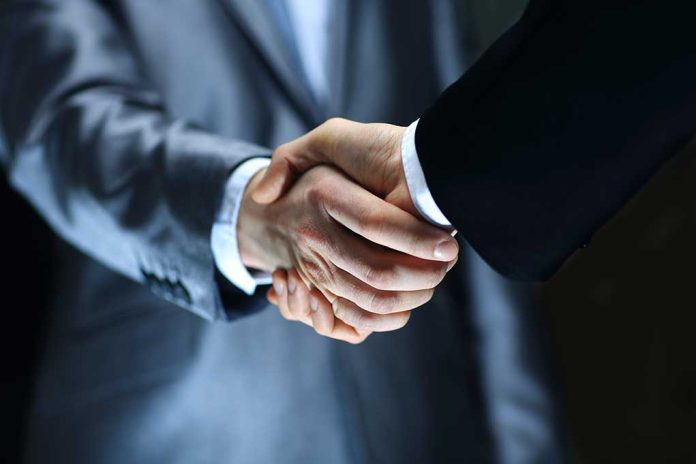 New Israel Agreement Is One for the Ages

(RightWing.org) – For over 70 years, Lebanon and Isreal have lived in a state of conflict. In 1948, the Arab nations, along with other Middle Eastern countries, fought against the Jewish state after the Provisional Government of Israel declared itself a new entity. On May 15, 1948, Arab armies attacked, and the first Israeli-Arab war began. Since then, Lebanon, a neighbor to Israel, has refused to recognize its right to exist.

Now, some believe the winds could be blowing in a different direction.

On Thursday, October 27, the two countries agreed to a maritime demarcation deal. The agreement, which the United States brokered, was hailed as a “historic” event. Still, it is unlikely to usher in a deeper diplomatic breakthrough.

Israel and Lebanon: An Agreement for the Ages

US Senior Advisor for Energy Security Amos Hochstein helped negotiate the landmark deal. As the world looks for new energy supplies following the Russian invasion of Ukraine, contested waters between Israel and Lebanon could offer lucrative offshore natural-gas reserves. Under the arrangement, both countries could pursue offshore development. Experts believe the elimination of territorial contention could lead to an increase in investments from energy companies.

Israel received limited recognition from Lebanese leaders that a five-kilometer region near the border would be respected. It prevents the Lebanese from acquiring a line-of-sight into Israel. In addition, it gives the military enough space and time to respond to Hezbollah if it attacks them.

Lebanon could also significantly boost its economy if it discovers natural gas.

Could This Agreement Bode Well for the Region?

Lebanese President Michel Aoun may not see it that way. He noted the boundary’s delineation prevents the two countries from going to war. Yet, he said it didn’t mean they had a peace pact. Regardless, Hochstein stated, “If one side violates the deal, both sides lose.”

President Joe Biden said energy shouldn’t be a “cause for conflict, but a tool for cooperation, stability, security, and prosperity.” Hezbollah’s leader, Sayyed Hassan Nasrallah, called it a “very big victory for Lebanon.”

In a statement by Secretary of State Antony Blinken, he congratulated the two countries for finalizing the historic agreement and credited the “transformative power of American diplomacy.” He said the two nations’ willingness to negotiate and come to terms would result in economic security for Israel and foreign investment for Lebanon as they try to escape the vice of an economic crisis.