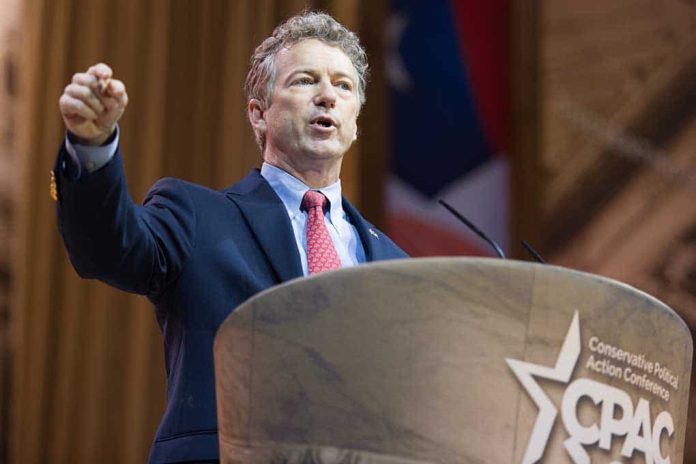 (RightWing.org) – Apparently, a little consistency is too much to ask from Senate Majority Leader Chuck Schumer (D-NY) and other angry Democrats set to convict Donald Trump at the end of his Senate impeachment trial.

"If we're going to criminalize speech, and somehow impeach everybody who says, 'Go fight to hear your voices heard,' I mean really we ought to impeach Chuck Schumer then…" – @RandPaul pic.twitter.com/jS77WOUOWY

As Sen. Paul explained, if Democrats want to start criminalizing speech and impeaching anyone who tells people to fight for their rights, they should begin by impeaching Schumer.

After all, Schumer threatened conservative Supreme Court Justices Brett Kavanaugh and Neil Gorsuch in front of an unruly pro-abortion mob outside the Supreme Court building during a fiery speech in March 2020. Schumer shouted out that the justices would pay a price for releasing the whirlwind if they moved forward with issuing “awful decisions” regarding abortion rights.

If Democrats want to set a precedent of impeaching a president after he’s left office, there could be plenty of reasons to add former presidents Carter, Clinton, and Obama to the list of future candidates.