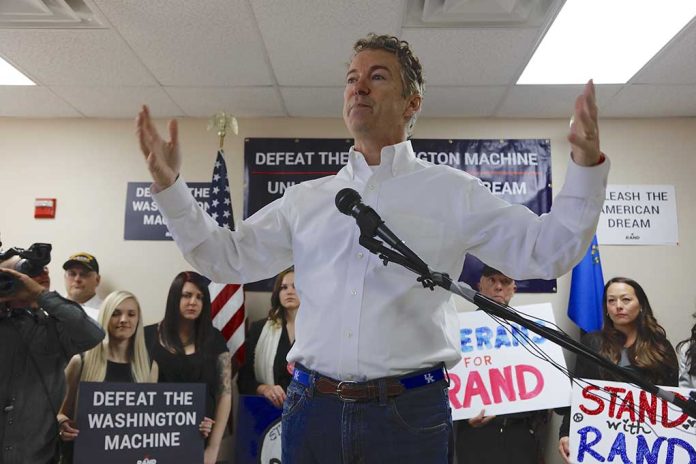 Rand Paul Says A “Rise Up” Is Coming

(RightWing.org) – A GOP lawmaker has warned that a “day of reckoning” is coming as Americans get fed up with rising crime. Senator Rand Paul (R-KY) told Sean Hannity that the poor and minorities suffer the most from crime, and the Democrats are letting them down. He also urged cities to “start locking people up.”

"People who live in NY City, crime disproportionately affects those in poor neighborhoods & minorities. One day, they're going to rise up & say, 'We've had enough." #USA pic.twitter.com/rUK1HRGudW

Talking to Hannity on July 23, Paul slammed Democrats for being soft on criminals and referenced a July 22 assault on Representative Lee Zeldin (R-NY). Zeldin was attacked with a bladed weapon while campaigning. His attacker was quickly released without bail by state authorities — then rearrested the next day on federal charges. Paul pointed out that when he was attacked and savagely beaten in 2017, liberal journalists said violence against him was “justified.”

Paul pointed out that in New York, people, including children, are dying in the rising wave of violence sweeping the city. He said, “The Democrats don’t care about your kids,” and said the day would come when people say, “We’ve had enough,” reject the Democrats and vote for law and order candidates.

Democratic-run cities have seen a series of disastrous policies. Former San Francisco Attorney General Chesa Boudin went too far even for the famously liberal city and was recalled by voters on July 8. Was this the first sign of the backlash Paul is predicting?