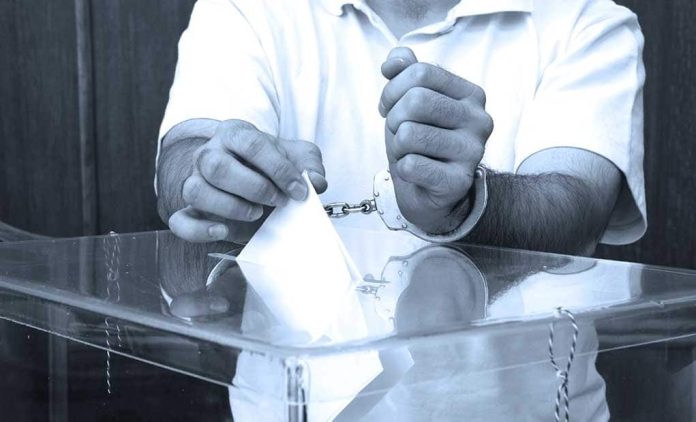 (RightWing.org) – The Democrats excel at identity politics. This week, House Speaker Nancy Pelosi (D-CA) allowed debate to begin on House Resolution 1, also known as the “For the People Act.” It’s a wide-ranging attempt to overhaul the US election system to make it easier for Democrats to win elections. It ought to be renamed the “For Democrats Act.”

On Tuesday, March 2, the House voted on a radical amendment to HR 1 presented by far-Left squad member and Black Lives Matter (BLM) activist Rep. Cori Bush (D-MO). If passed, the legislation would restore voting rights to felons and incarcerated people.

Identity Politics and the Democratic Agenda

No one does identity politics better than Democrats. It’s a clear difference in worldviews between the two parties. Democrats see victims of racism, suppression, and injustice all across America. Conservatives see people who are talented and full of potential regardless of one’s skin color, religion, gender, sexual preference, ethnicity, or any other class Democrats want to assign.

In recent days, House Democrats passed the “Equality Act” that would make sexual orientation and transgender status a protected class under the 1964 Civil Rights Act. Soon, Democrats will bring to the House President Biden’s proposed “US Citizenship Act of 2021.” Its primary purpose is to fast-track citizenship for 11 million illegal immigrants. They expect, if passed, it will create an entirely new class of Democratic voters.

Now, it’s voting rights for felons and the incarcerated. For those like Bush, it’s a matter of race. Before the vote was taken on the House floor, she said, “America does not love all of its people.” She added that five million incarcerated people cannot vote and that it isn’t justice.

The bill was defeated resoundingly by 119 Democrats and 209 Republicans. Only 97 far-left Democrats voted for the bill. That’s how radical the proposal was.

Is Voting an Absolute Right?

It’s a legitimate question that goes back decades. The Left believes it is but doesn’t consider that prisoners and felons do lose some rights. For example, prisoners are denied many of the rights that citizens enjoy every day. They have little to no privacy. Their movements are severely restricted. Their personal space and person can be searched at any time without a warrant. They certainly lose their Second Amendment rights.

Prison is a consequence of committing crimes. Those incarcerated chose to commit a crime, and many of them are serious. They include rapists, murders, terrorists and spies. In 2002, Sen. Mitch McConnell (R-KY) asked if the country wanted convicted terrorists to enjoy the right to vote. What about “’jailhouse blocs’ banding together to oust sheriffs and government officials who are tough on crime?”

In 2019, then-presidential candidate Pete Buttigieg argued that it “doesn’t make sense to have an exception (for prisoners) for the right to vote.” Democratic Gov. Andrew Cuomo of New York agreed. So do most Americans. In a 2019 Hill-HarrisX survey, 60% of registered voters said incarcerated people should not enjoy voting rights.

How Should the GOP Push Back?

While the far-left lost this particular battle, the identity politics war is just beginning. Of course, many Americans are wondering why Congress is debating these issues at a time when America is suffering massive permanent job losses, liberties are being lost, and the government is creating more problems than it’s solving.

Republicans should continue to push back against the narrative that America is a terrible country full of injustices. Instead, let’s hope they talk about the goodness of America and its potential to empower people to discover their dreams and exercise their God-given talents regardless of the color of one’s skin, gender, sexual preference, ethnicity, or any other issue that Democrats throw at America.