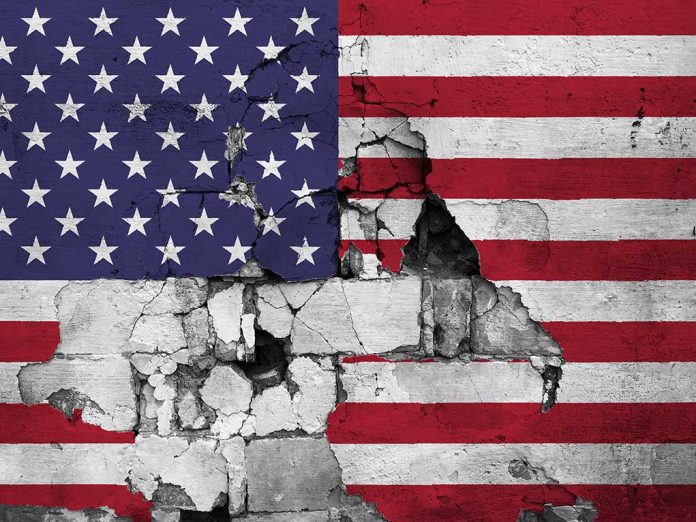 (RightWing.org) – While Americans dealt with the COVID-19 pandemic over the last year, race relations in America took a turn for the worse. Fortunately, many Americans remain hopeful that the country will come together. According to an NPR/PBSNewsHour/Marist poll released in May, only 17% of Americans say race relations are better now than they were one year ago. One-third hope race relations improve under President Biden, and 28% expect it to worsen.

For months, President Joe Biden argued that America’s institutions are systemically racist. White supremacy is used as a term by the Left to define all that ails America, and the Left-wing media continually stokes the flames. The intense racial rhetoric to define Americans who don’t get in line with their agenda is growing louder and more intense. What the Left doesn’t understand is — it’s undermining its message and destroying its ability to be heard by at least half the country.

On Tuesday morning, June 8, MSNBC contributor and New York Times editorial board member Mara Gay went on a tear over her observation of people flying American flags and seeing anti-Biden bumper stickers on cars. She claims she was “distressed” over what she saw.

So, let’s get this right. Seeing an American flag is disturbing?

Apparently, that’s the case. Gray then turned on “tens of millions of Trump voters” who apparently can’t “share democracy with others.” She stated, “I think that as long as they see Americanness as the same as one with Whiteness, this is going to continue.” Gray added that “Americanness” and “Whiteness” needed to be separated.

Not one MSNBC host challenged the reverse discriminatory statements. It appears that discrimination is now okay so long as one isn’t White.

If Gray’s words weren’t bad enough, the New York Times defended their editorial board member. In a released statement, the Leftist paper proved their lack of objectivity over the use of very clearly spoken words. It tweeted the following:

New York Times editorial board member Mara Gay's comments on MSNBC have been irresponsibly taken out of context. Her argument was that Trump and many of his supporters have politicized the American flag. The attacks on her today are ill-informed and grounded in bad-faith.

What the NYT did was justify discrimination and reverse racism.

How is that acceptable?

So, if America is purely racist and patriotism is the symbol of “whiteness” — despite the countless number of minorities that served in the US military for centuries and died for our freedoms — where does that leave us?

Discrimination Isn’t the Path to Redemption for America

The way to overcome America’s challenges is to follow the path set by those who came before us. America’s system of government is designed to allow people to create opportunities for themselves and equip people for the job opportunities of the future.

Democrats can’t share that agenda. That would put power in the hands of the individual. At the altar of government, Democrats want Americans to give them unbridled power, and the media is working overtime to ensure it. The way they are trying to capture it is through the race card.

In late April and early May, conservative black Republican Sen. Tim Scott (R-SC) took heat from the Left for saying the United States isn’t a racist country and can’t replace bigotry with bigotry. Scott called the Left’s rhetoric hypocrisy and offered an alternative. The South Carolina Senator said the way forward is not to use race as a weapon to shut down debate — it’s to create opportunities for people who choose a better path in life.

It’s doubtful that Gray even bothered to speak to someone who flew a flag from their truck before attacking them as racist. What she calls “whiteness” most people call being American. Dissent is at the very heart of the American experience. Gray should know. She practices that right every day but wants to shut the rights down of those who may not agree with her.

As Sen. Scott said, “Original sin is never the end of the story. Not in our souls and not for our nation. The real story is always redemption.”

Could anyone else say it any better?