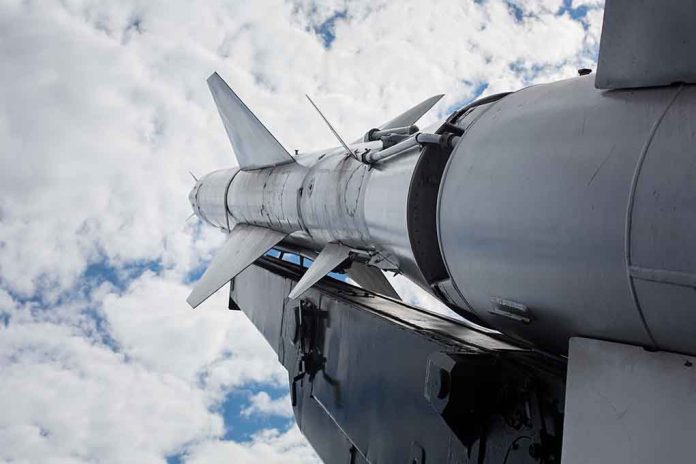 (RightWing.org) – Russian leader Vladimir Putin says a test of the country’s latest nuclear-armed missile was a success. The worry is that, right now, this wasn’t just a test. It’s likely Putin was also sending a message.

On April 20, Russia test-fired a prototype RS-28 Sarmat intercontinental ballistic missile from the Plesetsk cosmodrome 500 miles north of Moscow. According to the Russian defense ministry, the missile headed east from its silo and landed at the Kura missile test range in Kamchatka 15 minutes later — a distance of nearly 3,600 miles.

The RS-28 is one of six new strategic weapons that Putin announced in 2018. A “super heavy” ICBM like the retired US Peacekeeper, it can carry up to 15 thermonuclear warheads — or, unlike previous ICBMs, several of Russia’s new Avangard hypersonic glide vehicles, which can maneuver to evade defensive missiles and deliver a nuclear warhead to their target at up to 27 times the speed of sound. Russia wants to build RS-28s to replace its elderly R-36M missiles, codenamed SS-18 SATAN by NATO. So far, the RS-28 doesn’t have a NATO reporting name, but analysts have unofficially nicknamed it the Satan-2.

Typically, there’s nothing too unusual about a Russian missile test, but the timing of this one is worrisome. With Russia’s invasion of Ukraine in trouble, senior figures in the Putin government refuse to rule out using nuclear weapons to break Ukraine’s resistance. Now, Russia has demonstrated a terrifying new missile — and Putin wasted no time telling his enemies they should “think again” about challenging him.