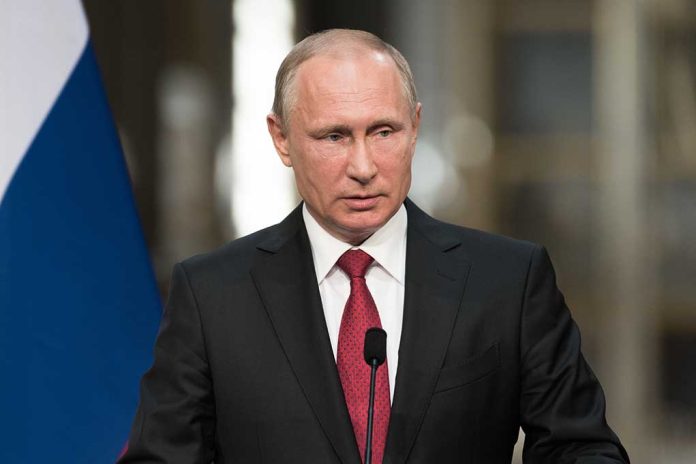 (RightWing.org) – The Russian war on Ukraine devolved on Wednesday, October 5. Russian President Vladimir Putin signed legislation annexing four Ukrainian regions. The land encompasses thousands of square miles, and there are profound questions if Putin’s army even has control over parts of the territories. Moscow says it will fight to capture all the territory it claims as stories emerge soldiers are retreating in some areas.

Regardless, the New York Times reported the Kremlin’s goals for Zaporizhzhia and Kherson region were not clear. The publication said this was creating confusion regarding the new borders. Soon after the annexation, Putin ordered the government to seize the Zaporizhzhia nuclear power plant (ZNPP). That’s not sitting well with Ukrainian officials, and a dispute is underway.

The Zaporizhzhia nuclear power plant is the largest in Europe. Ahead of the invasion, it generated approximately one-fifth of Ukraine’s electricity and almost half of all the energy produced by the country’s nuclear power plants. The International Atomic Energy Agency (IAEA) expressed concerns about its safety; experts say military operations caused disruptions that could harm the reactor and trigger a catastrophic event.

A Russian news outlet said Deputy Foreign Minister Sergei Vershinin stated the nuclear facility was the territory of the Russian Federation and would fall under Moscow’s relevant agencies. Soon after, Putin signed a document declaring the ZNPP as federal property.

Energoatom, Ukraine’s state nuclear energy company, condemned Putin’s action and said the hostile takeover was “worthless, absurd, and inadequate.” It stated the power plant would continue to operate in Ukraine in accordance with the law and within the Ukrainian energy system.

Petro Kotin, the head of Energoatom, said he was taking charge of the ZNPP. He urged employees not to sign any documents given to them by Russia.

On Thursday, IAEA chief Rafael Grossi met with Ukrainian President Volodymyr Zelenskyy, saying it was a dangerous time for the staff at the ZNPP. On Wednesday, Grossi said the external power to the ZNPP was “precarious” and “fragile.” Grossi is consulting with the Ukrainians to implement a nuclear safety and security protection zone around the facility as quickly as possible. He’s also expected to meet with the Russians.

To make global energy matters worse, in addition to Putin’s annexation news on Wednesday, OPEC announced it was cutting oil production by 2 million barrels per day. Russia, a non-OPEC participating member of OPEC+, has emerged as a leader alongside Saudi Arabia in pushing for cuts. US officials accused OPEC of siding with Moscow. Analysts note how Russia stands to benefit the most from the decision.