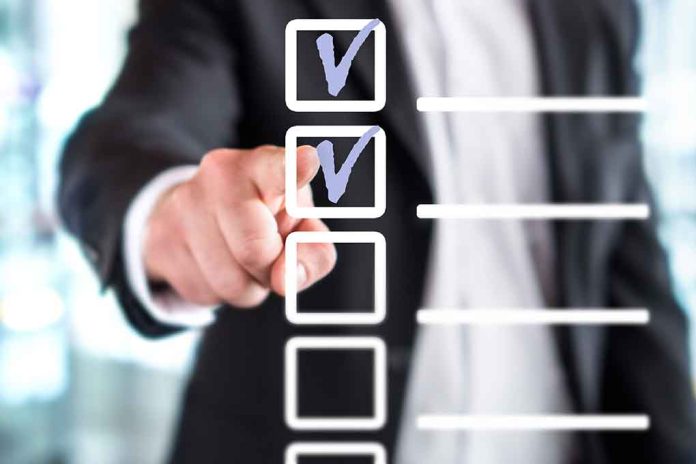 (RightWing.org) – Representatives from Ukraine and Russia met for a third time to attempt to negotiate a cease-fire on Monday, March 7. Later that day, Kremlin spokesperson Dmitry Peskov told reporters Russian President Vladimir Putin issued a non-negotiable list of four demands as a precondition to ending his military actions in Ukraine.

According to Peskov, Russia will instantly halt its “special military operation” if Kyiv meets those demands. Those demands state that Ukraine must:

The Kremlin has announced its demands for ending the war in Ukraine:
-Ukraine must change its constitution to guarantee it won't join any "blocs", i.e. NATO + EU.
-Must recognise Crimea as part of Russia.
-Must recognise the eastern separatist regions as independent.

It remains unclear whether Ukrainian President Volodymyr Zelenskyy will consider meeting those conditions. However, he issued a list of demands to Western countries during a speech he presented to British Parliament via a video feed on Tuesday.

They include the following:

What do you think about ongoing peace negotiations? Do Ukraine’s demands of Western allies also serve as a message to Russia?