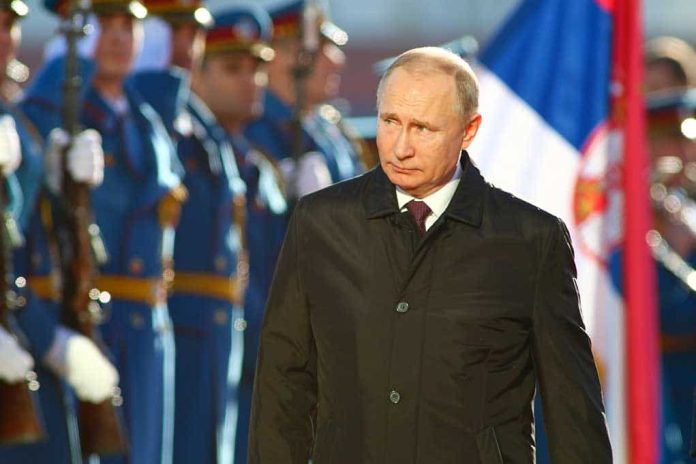 (RightWing.org) – Democrats spent the last 4+ years trash-talking Donald Trump’s relationship with Russian President Vladimir Putin. However, the United States and Russia enjoyed a quiet, calm relationship during his time in office. To the contrary, with less than 100 days in office, President Biden has let relations with Moscow all but fall apart.

On Wednesday, April 21, Putin issued a stern warning to the West (meaning the US and its allies) not to meddle with Russia’s security interests. He promised that any foreign interference would result in an “asymmetrical, quick, and tough” response.

However, the following day, Russia’s Defense Minister, Sergei Shoigu, announced that they were pulling back tens of thousands of troops and military equipment from the border between Ukraine and Crimea. Russia claimed the purpose for their deployment was a now-completed military exercise.

Conventional wisdom says Putin sent the troops there to let Ukraine know how easily Russia could overpower defense forces. It was also assumed to be a powerplay intended to test America’s commitment to defending Ukraine.

Although Ukrainian officials applauded the troop withdrawal, tens of thousands of Russian soldiers remain in Crimea, well within striking distance of Ukraine. Let’s hope the Biden administration can repair its relationship with Putin and doesn’t spark a military conflict.