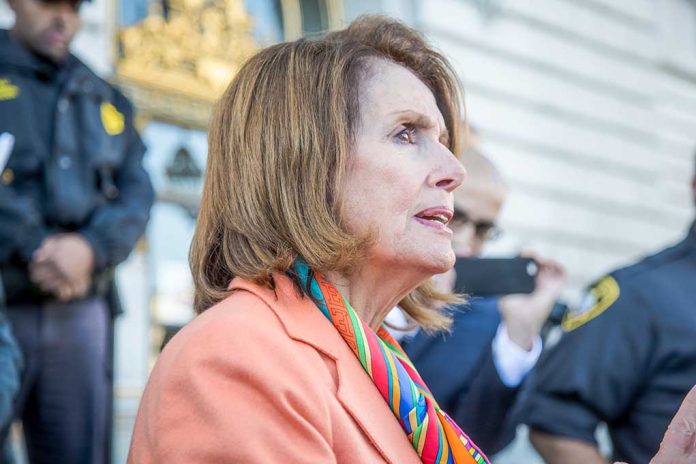 (RightWing.org) – It’s so hard to feel bad for the Democrats. They are all over the place and seem unable to agree on much of anything despite their self-imposed rush to pass a $3.5 trillion behemoth bill by the end of September. It’s becoming more apparent by the day that the Biden administration is purposely misleading America.

On Wednesday, September 8, White House Press Secretary Jen Psaki openly contradicted House Speaker Nancy Pelosi (D-CA). What in the world is going on? It seems everyone in the Democratic Party is struggling to get on the same page as the Left and Center fight internally over the proposed reconciliation bill’s size, scope, and amount.

When pressed by the White House press corp, Psaki said the $3.5 trillion Democratic go-it-alone bill, which seeks to transform America’s capitalist system into a semi-socialist one, would be “paid for.” The press secretary said that President Joe Biden remains committed to that goal and hinted he needed moderate Democratic Sen. Joe Manchin’s (D-WV) vote. Psaki changed the subject immediately and went on an emotional spending spree. She didn’t suggest how Congress would pay for the radical bill. Instead, she talked about people getting better drug prices, lower cost elderly and child care, and free college at the expense of the wealthy.

At least Psaki’s agenda is clear. Unfortunately, some of her facts were not. Earlier on Wednesday, Pelosi seemed to enjoy a rare moment of refreshing honesty. She said Democrats “might” pay for their wish list dream bill without adding to the national debt. The Speaker added, “We will pay for more than half maybe all of the legislation.”

That’s a significant departure from previous statements by the Speaker, Senate Majority Leader Chuck Schumer (D-NY), and President Biden. The reality is that there’s only one way for Congress to give the appearance the bill won’t impact the national debt, and that’s for politicians to use accounting gimmicks and tricks. Paying for the Democrats’ radical bill was never going to happen without adding to the national debt. The wealthy don’t own enough resources to take away from them to pay for all the Democrats spending plus the current national debt approaching $30 trillion.

In an evenly divided Senate, moderate Democratic Sens Joe Manchin (D-WV) and Kyrsten Sinema (D-AZ) hold the power to sway the legislation. For two months, Sinema said she’s adamant that $3.5 trillion is too high and that Congress pay for the bill to gain their approval. Last week, Manchin wrote a Wall Street Journal op-ed asking where the money will come from in a future crisis if Democrats spend it all right now. He called for a pause that Pelosi and Schumer rejected.

It will be hard to pass the reconciliation bill that would transform social programs, health care, education, immigration, and the environment if the Democrats can’t get on the same page and start talking the same language.

For now, it appears that Pelosi is at least honest about how Congress will likely pay for the bill.