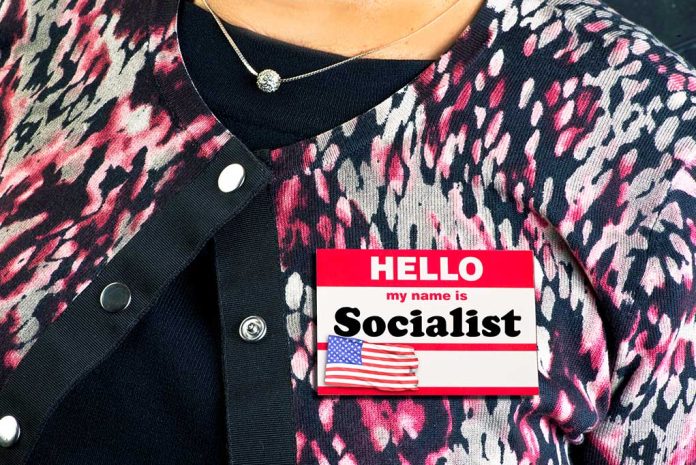 (RightWing.org) – Political campaign professionals and pundits often state that all politics are local. Thanks to the rise of Democratic Socialists and their influence across America in progressive communities, that may no longer be true. In February, Rep. Marcia Fudge (D-OH) resigned when she became the Secretary of Housing and Urban Development (HUD). Fudge is a pragmatic moderate in the Democratic Party who served in the House for 12 years.

In the wake of Fudge’s promotion in the Biden administration, the open seat is now being contested within the Democratic Party by two different ideologies. One is from the far-Left and the other from the more pragmatic moderate center. While the voters will decide who represents them, this election could be more significant for the party. It’s shaping up to be a proxy battle between the far-left and the center of the party that could serve to decide the long-term fate of the Democratic Party.

The Left and Center Go to War

Political parties exist because of common ideals and principles. If the Democratic Party continues going in the current direction, there will be no common philosophies to build upon. The party will either fracture into smaller political parties or be in a constant state of war within itself until one group wins out over the other.

Those are the stakes at play for the national Democratic Party as it tries to decide if it’s a moderate, progressive, or socialist party. It cannot be all of those things at one time. The big tent doesn’t work in political parties as some would like. A lack of common unity cannot make for good governance.

In Ohio, Democrat Nina Turner is a far-left candidate that previously worked for Democratic Socialist Sen. Bernie Sanders (I-VT). Her Democratic primary opponent is Shontel Brown, who is a pragmatic moderate in the mold of Fudge. The stakes couldn’t be higher as Turner throws out policies that could entice many in the Congressional district who are lower-income and could decide the fate of the candidates and the national party.

The race is so contentious that it’s pitting prominent Democrats against one another. Old-guard Democratic stalwart Rep. Jim Clyburn (D-SC) is stumping for the moderate Brown. In the last six months, Clyburn condemned left-wing Democrats over defunding the police and socialism. He believes that the far-Left could be the demise of the Democratic Party. As the Democratic Whip and third-highest ranking House Democrat, Clyburn’s involvement in the race demonstrates the concerns of establishment moderate Democrats over the socialist leanings of the far-Left.

Also jumping in to aid Brown are the Congressional Black Caucus, Hillary Clinton, and the Democratic Majority for Israel PAC.

On the other hand, Rep. Alexandria Ocosia-Cortez (D-NY) is backing Turner. AOC is a lightning rod whose influence can either inflame passions for or against Turner. While she was successful in helping Rep. Jammal Brown (D-NY) win a seat last fall, her record suggests she is more of a liability than an asset in campaigns outside of her own district.

The fight for the Democratic Party is on, and it won’t stop in Ohio. Whoever wins will try to make the argument that their ideology won and that the future is bright. It’s not so cut and dried. Democrats may become so divided they turn into a regional party instead of a national one. In last November’s election, not a single Republican lost a seat, and they stole over a dozen seats from Democrats who got tagged as socialists who despised police.

While the proxy war may be going on for the life of the Democratic Party, it could be a win for the GOP long-term.