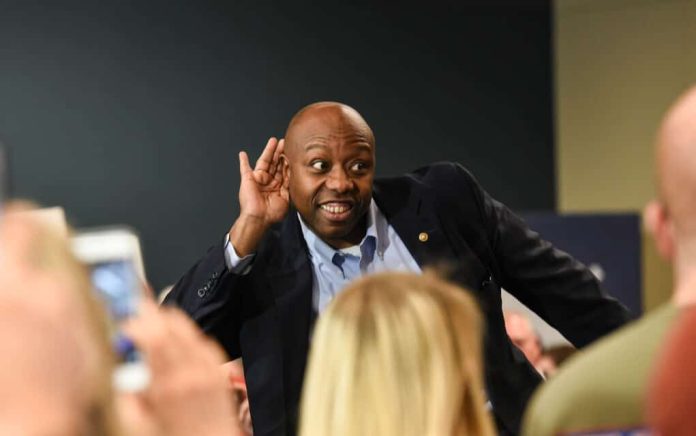 (RightWing.org) – It seemed that for the better part of several decades, race relations in America were getting better. That didn’t mean there weren’t problems. There are always problems and challenges to overcome. When the framers wrote the preamble to the US Constitution, they knew as well as anyone that no political or governmental system is perfect. The United States is always in search of a “more perfect union.”

Over the last year, it seems that America slid backward when it came to race. After President Joe Biden’s speech before Congress on Thursday, April 28, Sen. Tim Scott (R-SC), the Senate’s only black Republican, sat out to say that race relations are not what Democrats are making it to be. While acknowledging he had inappropriate run-ins with police, Scott said America was not a “racist country.” He was lambasted from the Left over the comment. However, the following day Vice President Kamala Harris echoed Scott’s sentiment. On Saturday, May 1, Rep. Jim Clyburn (D-SC) agreed with that assessment… kind of.

Clyburn Defends Scott — But Then Confuses Himself

Clyburn is the House’s third-ranking Democrat and the Majority Whip. A South Carolina Black Democrat, Clyburn agreed with Tim Scott that America is not a racist country. A racist country, the Democrat said, would not elect former President Barack Obama and current VP Kamala Harris. Clyburn added that America needs to stop arguing over that fact.

However, much like President Biden and Vice President Harris, that view comes with a caveat that is a bit confusing. While America isn’t racist, half of the states are creating voter reform laws that Clyburn says are “racially tinged things.” Clyburn alleged that the laws aren’t needed, that cheating in elections doesn’t occur, and that the laws being passed hurt Black communities.

Scott denies that viewpoint and says the GOP is trying to ensure that everyone can vote without cheating and undermining the integrity of elections.

It seems Democrats can’t have it both ways.

It’s all word games Democrats play as they try to get out of the identity race politics charade they created. They are exposing themselves for their political hypocrisy. It’s true, America is not a racist country. It’s also true there were problems with governor overreaches in many states that led to questions about voter integrity. That’s not a racist issue.

Unfortunately, Democrats keep making voting one. By arguing in circles, the Democrats are exposing that their racial identity politics was nothing more than an attempted power grab. They are injecting race as a form of institutional “systematic racism” to drive policies on voting, education, immigration, climate change, policing and crime, and a host of other issues.

Perhaps Biden, Harris, and Clyburn are trying to backtrack because they overplayed the race card. Now, they have nowhere to go but talk in circles or admit they are wrong about how they use race.

Good luck with that one.