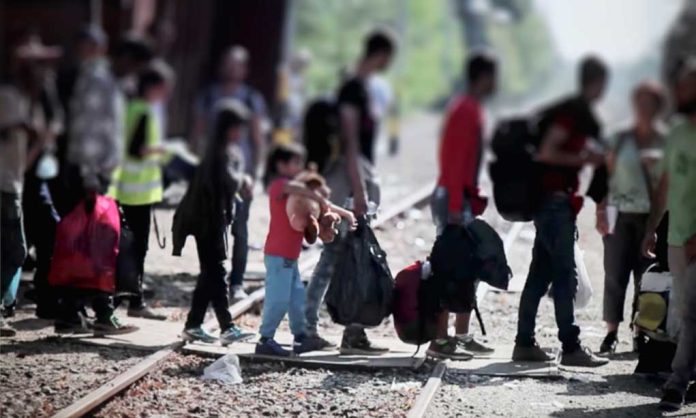 (RightWing.org) – Russian President Vladimir Putin imposed a naval blockade in the North Sea to block Ukraine’s grain exports in hopes of crippling the country’s ability to finance its war effort. However, noted Yale University professor and historian Timothy Snyder, Ph.D., provided another theory for the move by connecting it to an effort to weaponize starving refugees in Africa and Asia to weaken his European enemies.

Dr. Snyder posted a 16-part Twitter thread detailing his hypothesis regarding Putin’s plan. According to him, Putin’s strategy works on three levels:

Russia is planning to starve Asians and Africans in order to win its war in Europe. This is a new level of colonialism, and the latest chapter of hunger politics. 16/16

Snyder predicts Putin would use the resulting fallout to pressure world leaders into accepting his territorial gains in Ukraine and lift their Russian sanctions. In short, Snyder suggested that a flood of migrants into Europe would destabilize the region by causing economic harm, paving the way for a Russian victory over Ukraine.

With the recent and unprecedented flood of migrants into the United States, one has to wonder why Liberals at home fail to recognize the harm that can come from illegals continuing to enter the country unchecked.