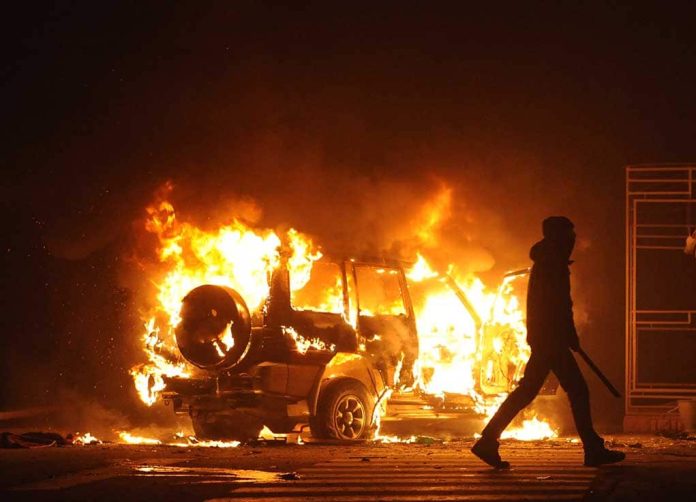 (RightWing.org) – One of America’s most liberal cities is learning firsthand what happens when politicians treat the police as the enemy. Portland, Oregon – the scene of many violent left-wing protests – faces a new crisis, as residents can’t even get through to 911.

On September 9, Bob Cozzie, the director of Portland’s Bureau of Emergency Communications, which runs the 911 service, admitted that his system can’t cope with the volume of calls they’re getting.

Nationally, most police departments answer emergency calls within 15 to 20 seconds. In Portland, wait times regularly exceed 2 minutes. After a recent argument in a restaurant on September 4 ended with 3 people shot and wounded, it took callers a shocking 7.5 minutes to connect. In a life-or-death emergency, people just don’t have that much time to spare.

Cozzie says staff shortages are the main reason for the terrible service. Right now, many of his employees are attending mandatory training on new call protocols. A dozen more have simply quit.

So the phones aren’t answered because there aren’t enough staff members left to answer them. But why aren’t there enough staff? Could it be because Portland emergency workers, faced with constant demands to “defund” their vital work, are quitting in large numbers?