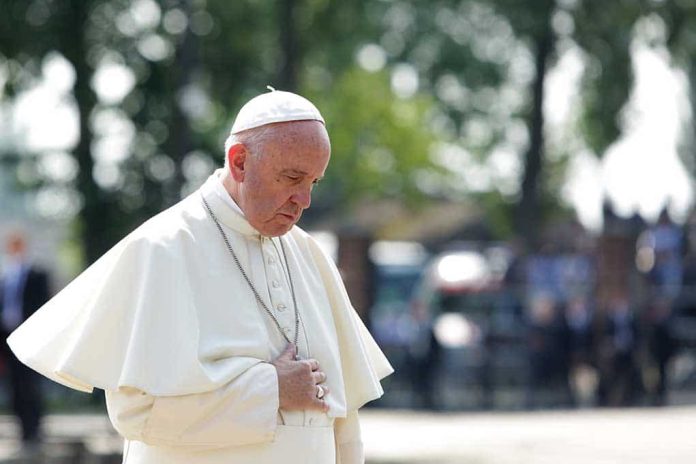 (RightWing.org) – There’s been a lot of talk in recent years regarding free speech in the wake of the efforts by Big Tech companies like Facebook and Twitter to throttle conservative voices. Earlier this year, the situation intensified when multiple platforms suspended the account of then-President Donald Trump. On October 16, Pope Francis weighed in on social media sites while speaking at the World Meeting of Popular Movements.

Acknowledging that some people consider him a “pest” for asking questions and making demands, the Pope called on Big Tech to do more “to stop exploiting human weakness” for the sake of corporate profits on their platforms. Invoking the name of God, Pope Francis called on online platforms to crack down on “the spread of hate speech… fake news, conspiracy theories, and political manipulation.”

The Pope is joining the left and calling for MORE censorship. https://t.co/OwZQqtbHxI

The Pontiff also called on communications companies to increase the availability of “educational material,” put a halt to the “logic of post-truth” and misinformation, and “contribute to human fraternity and empathy.”

However well-intentioned his call for action may have been, his comments set off alarm bells with some conservative media organizations concerned with his call for more control over free speech.

What do you think about the Pope’s call? Do you think the church has a role in suggesting restrictions on the exercise of online speech?