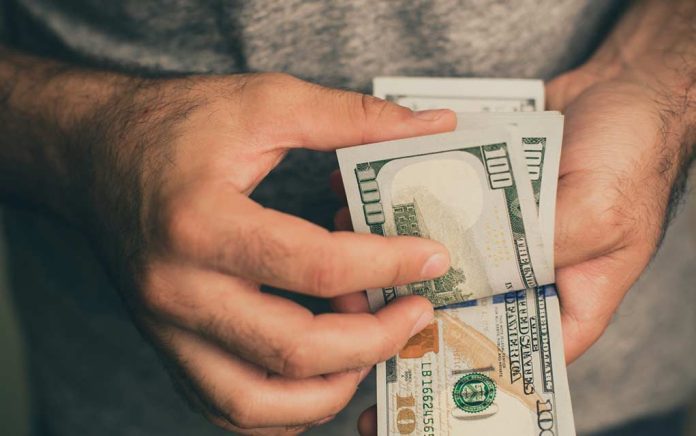 Every Democratic presidential candidate is looking for a way to stand out from the crowd, and Andrew Yang is no exception. His campaign policies are chock full of progressive ideas. This young lawyer’s flagship proposal is to give $1,000 a month to every American adult citizen.

Yang believes this Universal Basic Income (UBI) will spur economic growth by increasing consumer spending and assisting small business formations. He enthusiastically claims that Americans will work harder with an extra one grand in their bank account. So, we’re asking if Yang’s proposal would convince you to work harder.

While the idea seems perfect on the surface, Yang’s UBI isn’t all sunshine and rainbows.

What better way to create economic prosperity than to give consumers and business owners more financial resources? That’s the theory behind UBI.

Yang is right about one of his talking points — UBI is a deeply American idea. Thomas Jefferson, Martin Luther King Jr. and Richard Nixon all proposed a variation of UBI. It’s not a new idea, but it’s not widely addressed.

Additionally, as radical as UBI sounds, some Libertarians believe that it’s the most effective utilization of taxes. Libertarians understand the dangers of a bloated government, and financial freedom is one way to break free from an overbearing state. So, in that sense Conservatives and Libertarians can see eye-to-eye.

Yang’s funding of $1,000 for every American citizen over 18 years of age comes from many sources. A combination of economic growth, reduction in social service spending and the choice to “opt-in” for UBI over welfare programs all sounds economically feasible on the surface.

We’ll come back to the problems with Yang’s funding plans in a moment.

The primary source of funds would come from a 10% value-added tax (VAT) placed on all consumer goods and the beneficiaries of automation and AI. Think big tech companies — every Google search and robot truck mile is taxed under a VAT. While another tax sounds dangerous (and it is), an American would need to spend $10,000 in a month before their “free” $1,000 UBI is offset by a 10% VAT.

Yang’s proposed funding plans for his UBI don’t seem to go far enough. His UBI is estimated to cost $3 trillion annually while he claims that a 10% VAT will raise $800 billion, roughly just over a quarter of the cost of the UBI. The CBO, or Congressional Budget Ofice, has estimated it will only pull in $600 billion, covering only approximately one-fifth of the cost. Regardless, it remains true that even with this VAT (which is at half of the European Union’s rate), it isn’t enough funding on its own.

Also, a VAT tax is nearly impossible to avoid and is still a drain on American workers in principle. The last thing struggling American families need is yet another tax.

The rest of the money supposedly comes from Yang’s vague ideas of “economic prosperity” and “less spending on social programs.” Yang has been hosted on many interviews and he hasn’t been consistent with the numbers from those funding sources. It’s unclear at best whether or not he can truly provide a $1,000 UBI without borrowing a single cent.

Yang’s UBI isn’t free — Americans pay for it. However, it could benefit some families truly struggling. Would you work harder for a “free” $1,000 every month?

Tell us what you think about UBI in the comments below. We want to hear how you feel about this unique proposal intended to help Americans prosper.